Some people are worth melting for

I finally got round to completing the two Wizards I got at Christmas. They're now ready to go for a game of Frostgrave.

I will of course have to find them a couple of Snowmen/Ice Golem constructs that like warm hugs, as well as maybe a Rangifer ally, as everyone knows that reindeer are better than people (although people also smell better than reindeer). 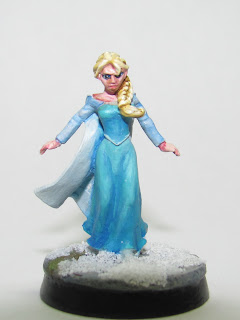 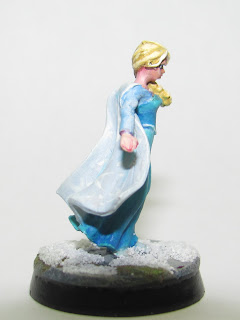 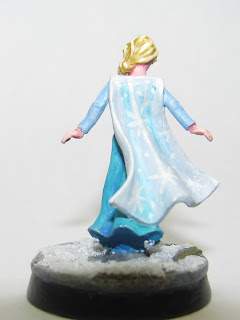 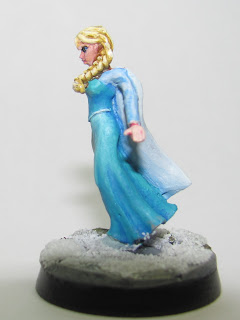 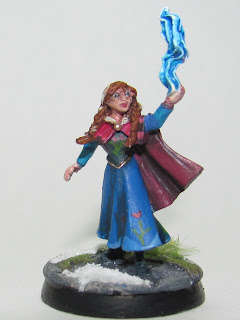 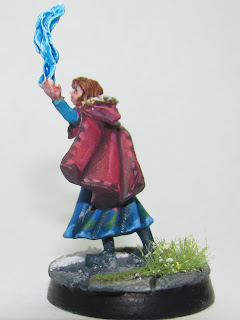 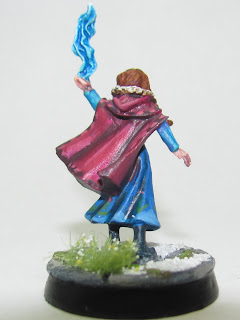 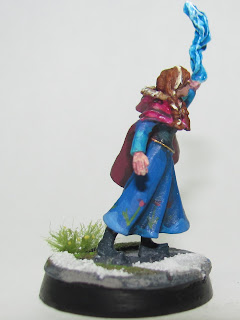 I've heard some people online complaining about the fact the yonger of the two is the one casting magic. I think they should just let it go!

I've also included some flowers on the base of Anna, to suggest the snow all around was somewhat unexpected!

I think this is the most freehand I've ever done on any models, and I think some of has worked better than other parts. Elsa's cloak I like (although it's hard to photograph, either too dark, or bleached our with the flash. Ana's cloak, I'm less happy with, although I like the way her dress came out. This is also the first time I've tried to do freckles on any mini. I think they kinda work, but for faces like these, I think I'm going to have to invest in some form of magnifying device.

Time to move on to the next minis, and hopefully the next thing I paint won't give me earworms like these two did!
Posted by Derek at 9:55 AM