There is a renaissance in old school gaming right now. With Oldhammer sites springing up all over the place. Frostgrave (and other Osprey games) inspiring gamers to get our their old lead, dust it off and put it on the table.

There is also a resurgence in old games taking on a new skin.

I am a writer for the Viridian Wars blog, which up till recently has been a once a year kind of thing, but I have been inspired to write few posts recently. Much of this inspiration has been due to me finding new uses for old minis that I love, which include a lot of the old Void range. I have ot, however, been getting in more games of Void 1.1. Nor have I found players in this city with which to do so. What I have been looking to play, however, is Rogue Stars, one of the afore mentioned Osprey games, and SLA CS1 a game from the second group which takes a much loved (cult?) RPG from the 90s, and remakes it as a modern skirmish game.

The melding of these forces has led to this. 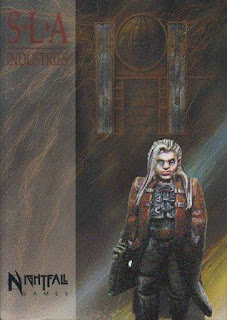 This is me playing around with the filters on powerpoint to make a mash up of a recently painted figure from the Void VASA range of Militia, and pasting him on top of the original front cover of the SLA RPG. Of course, there are those amongst you who didn't need me to explain that, but for the younger readers, indulge me.

Here of course is the original artwork, and paint scheme inspiration for the figure, along with some better pics of the figure himself. 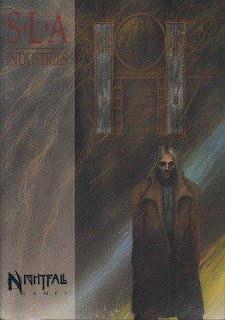 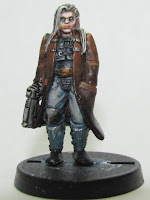 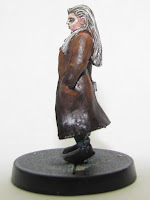 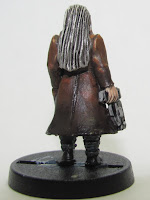 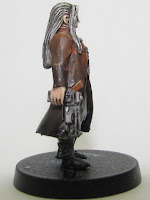 Of course, he is still to be based. but the painting is complete. I rather like the way the shading on the coat is based on the artwork, rather than the lighting as I would normally do.