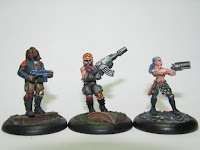 Summer is winding down, and that seems to have meant I get back to the painting table. With the heavy reference on Sci-Fi gaming in my last post, it only seems fitting that the minis I have painted this week are in that genre. These are some old minis, that have been bumping around in various lead piles for quite a while Fist off, we have two old Void VASA minis, one civilian and one marine one marine. The marine was painted and previewed a while ago on some Facebook groups, but not, apparently here on my blog. She has now been transfered to a better base and finished off. The Civilian has been painted up with the thought of him being a SLA Operative for Cannibal Sector 1 despite the lack of apparent armour. He is generic enough to fit in with Rogue Stars and also the Black Ops mission I'm planning too. 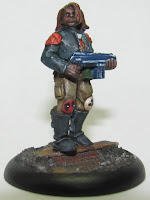 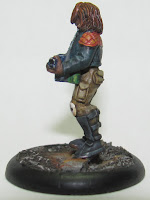 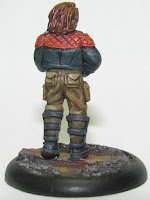 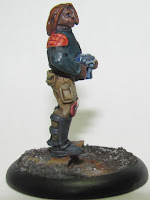 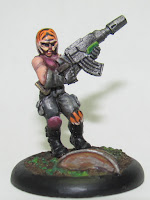 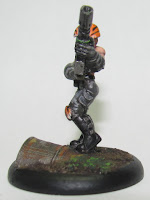 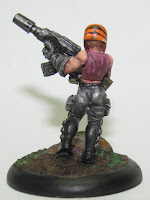 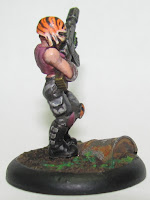 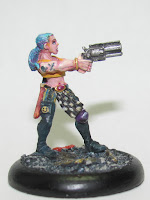 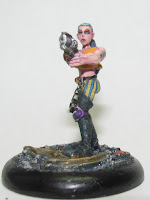 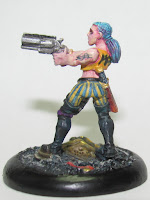 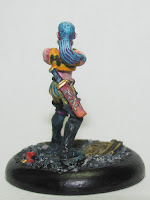 One commonality these three minis have is that I busted out some freehand on all three, to greater and lesser success. The Escher Juve, for example has a knife, sponsored by MAC knives of SLA industries, whereas the Op at the start has kneepads with various freehand attempts (can you tell which film, recently available on neflix I was watching when I did the right kneepad?). The tiger pelt helmet is the freehand I'm most proud of. despite the success of this attempt, I'll be unlikely to complete the rest of her unit in the same theme.