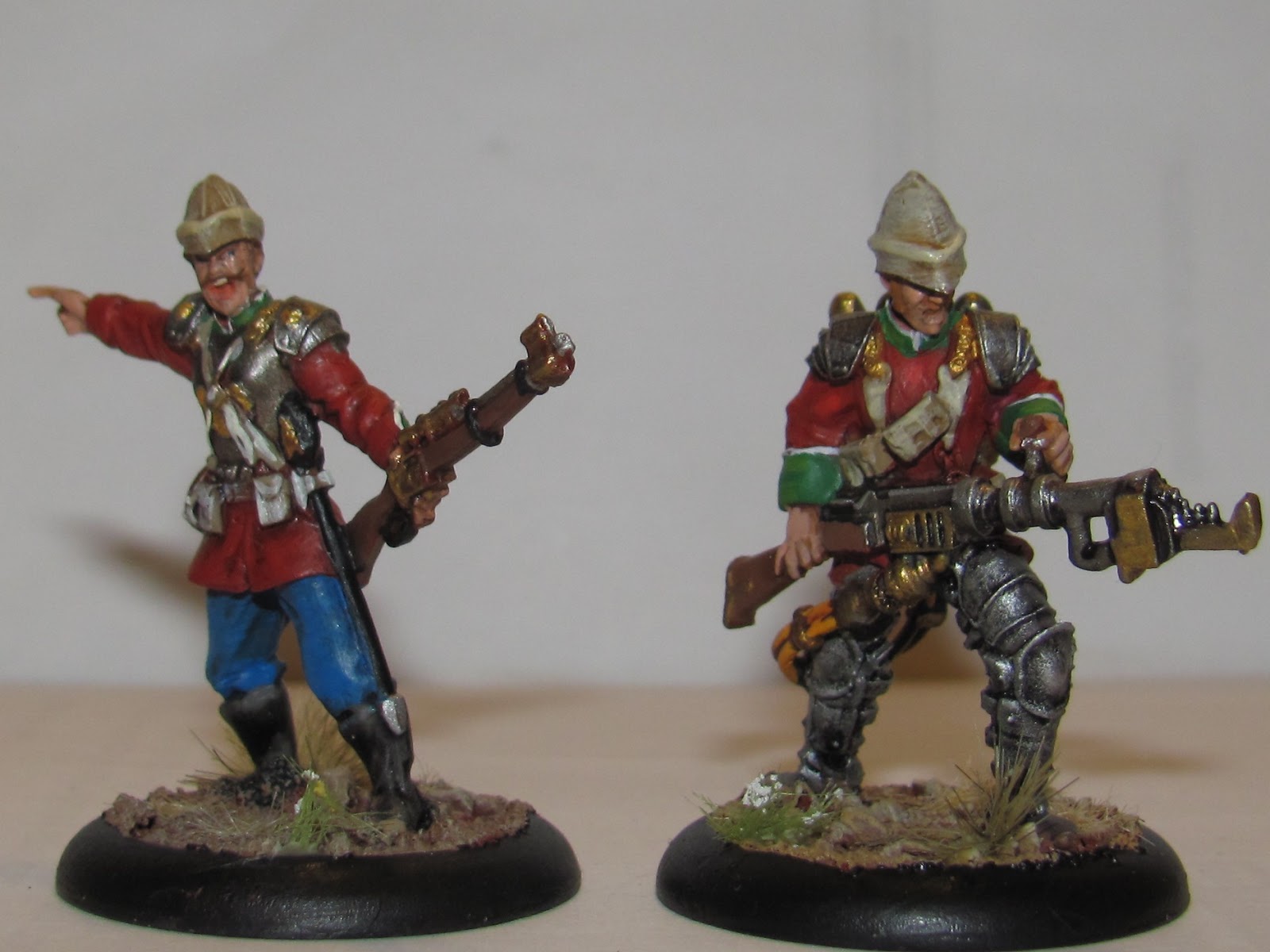 Finished the bulk of the section now, and the Lieutenant is not far behind. I will be putting a little more energy into this one, at least for his face, as he's a little more important than the average troopers. The drummer boy is also awaiting completion, as I want to give a just amount of time and effort to what I think is a great little mini (even if he is barefoot). As previously mentioned, these guys are painted with green facings to represent the 'South Wales Borderers'. The spare trooper that came with the specialist model will be painted up in the same scheme shortly, expanding this section to be the larger of the two I plan to field. The second section being then painted in green to represent the 'Kings Rifle Corp', just for a break from the red. I decided not to bother painting the eyes on these minis, except for the Sergeant, firstly to speed up the process (I'm terrible at painting eyes, so they take me forever), and secondly as they were mostly hidden beneath the pith helmets.

Pics under the cut. 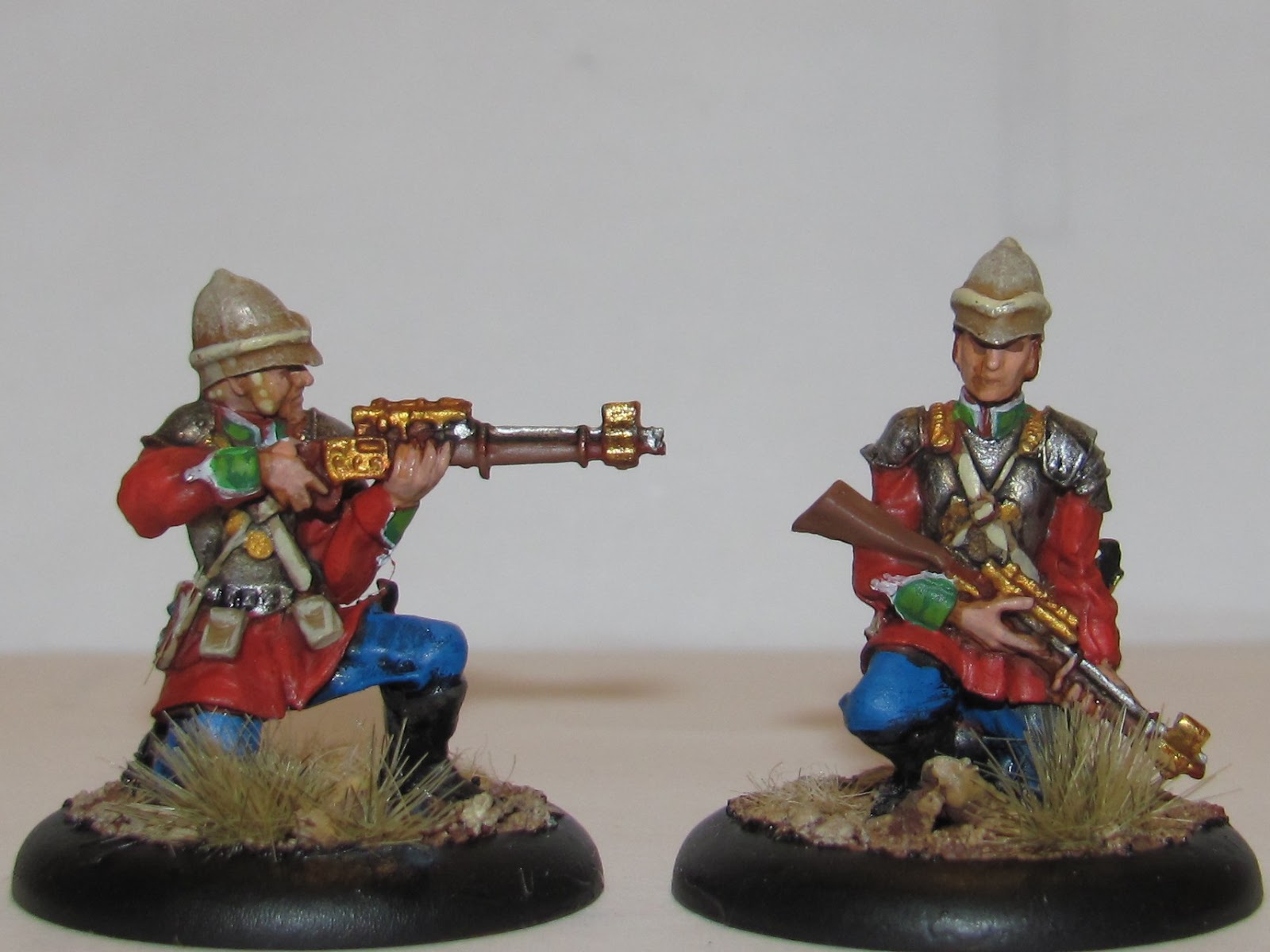 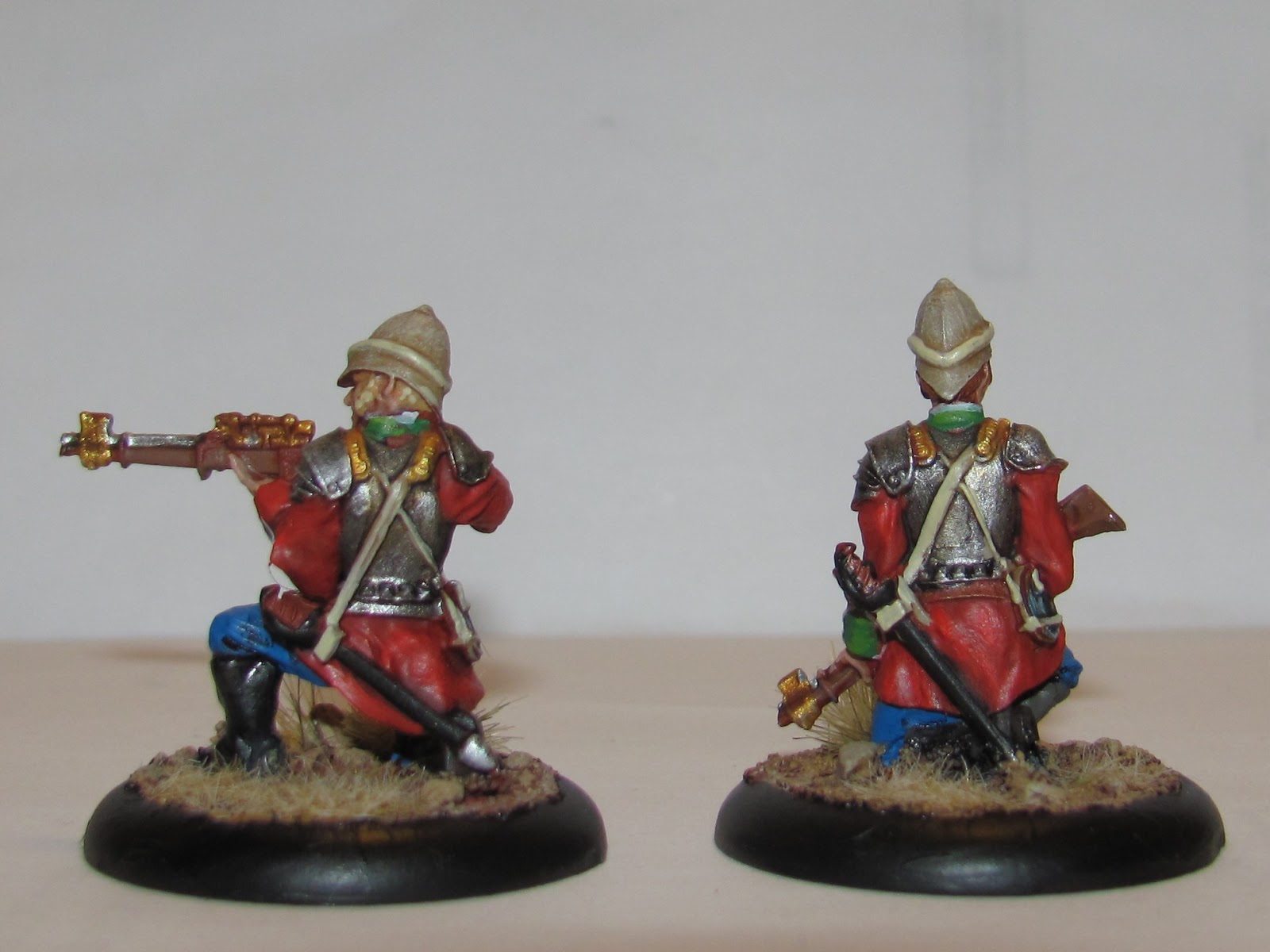 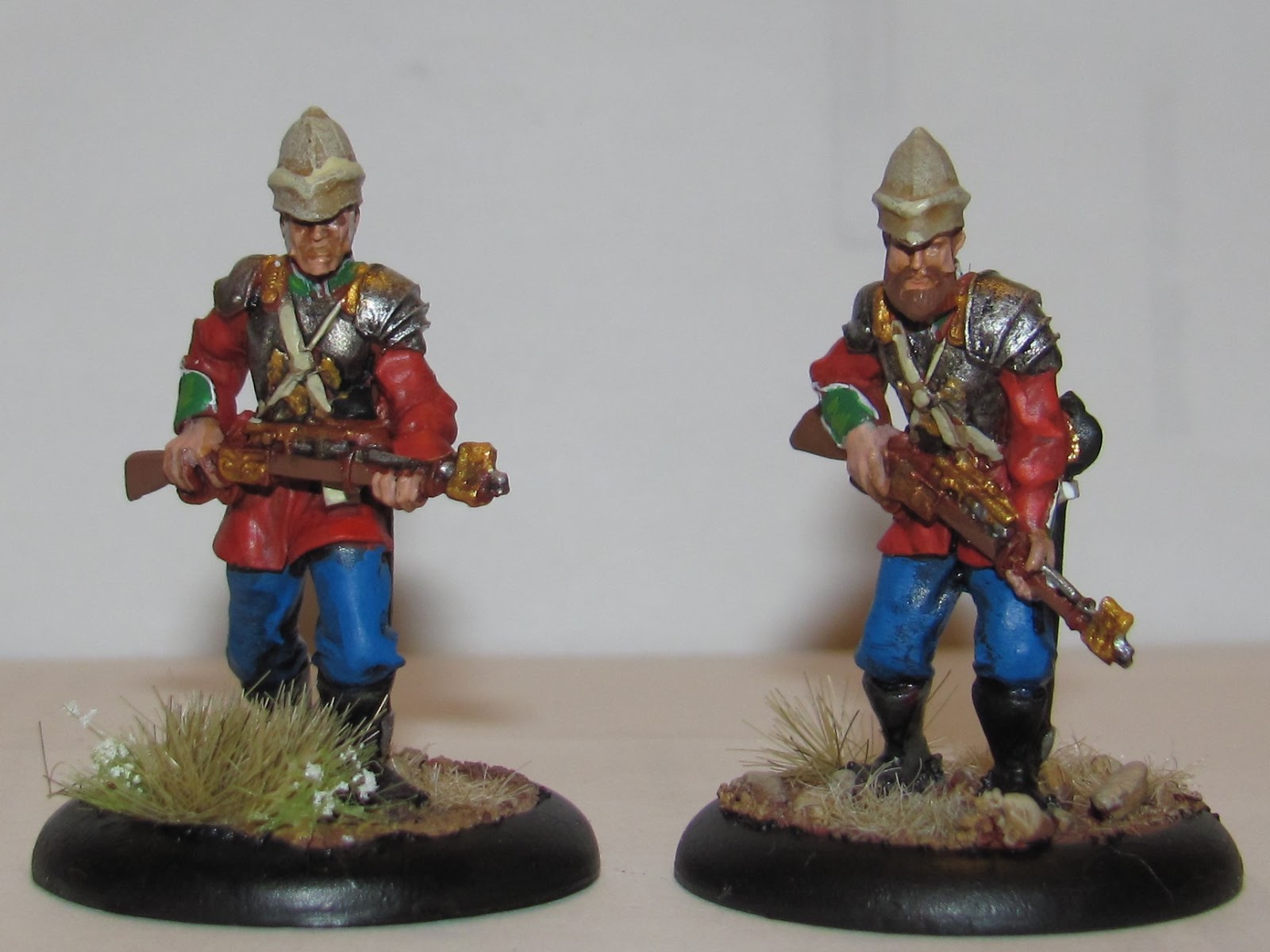 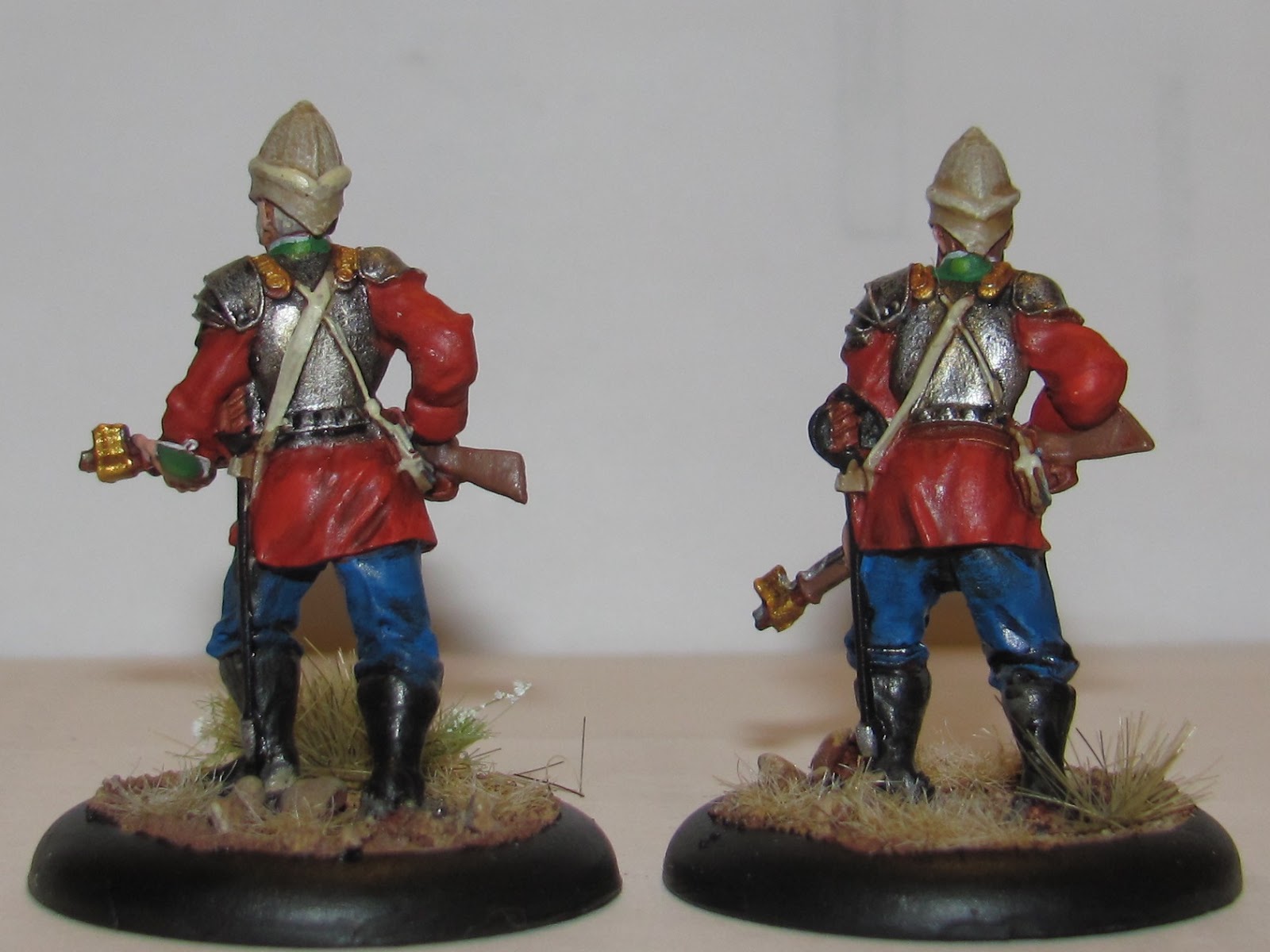 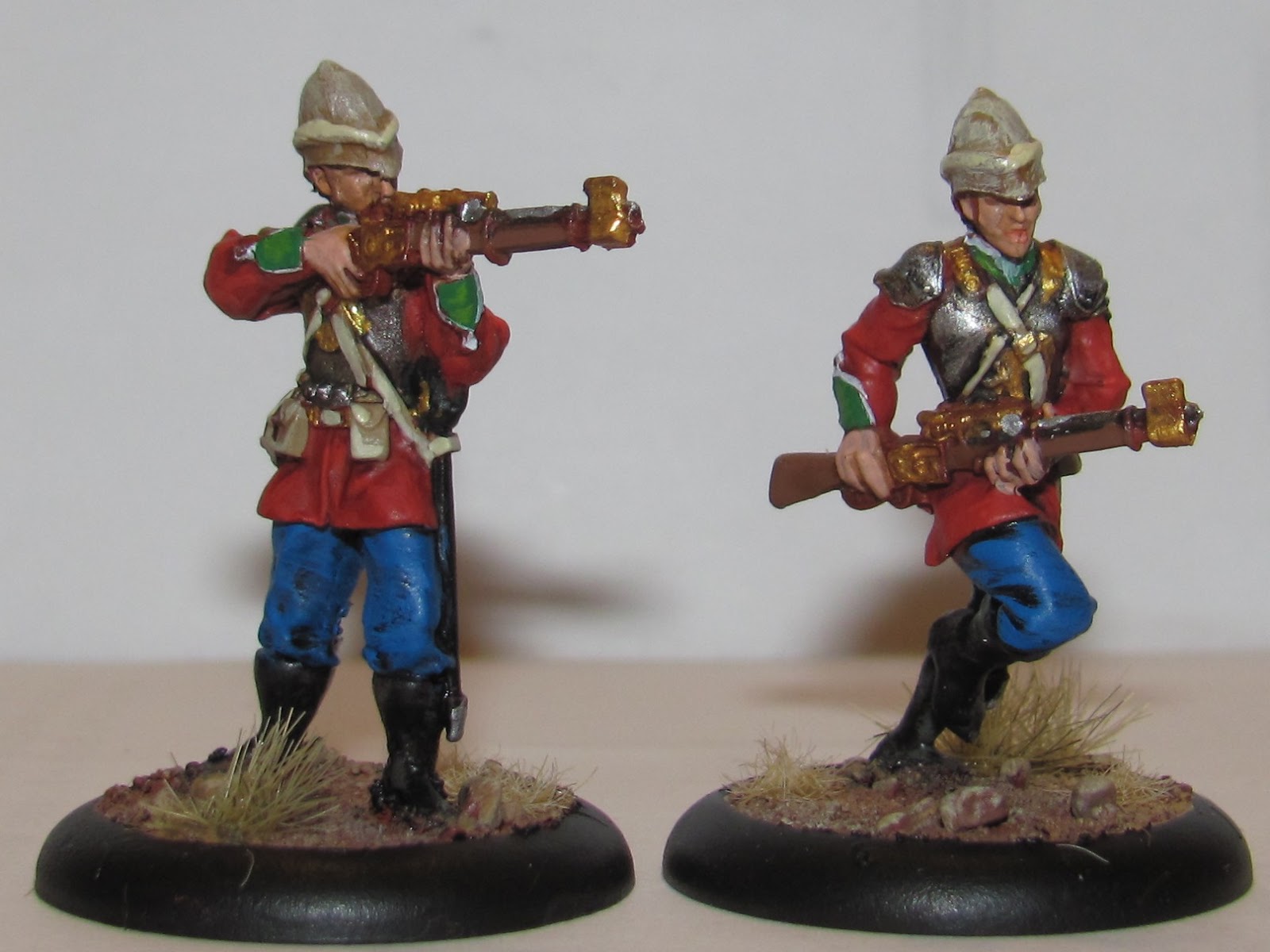 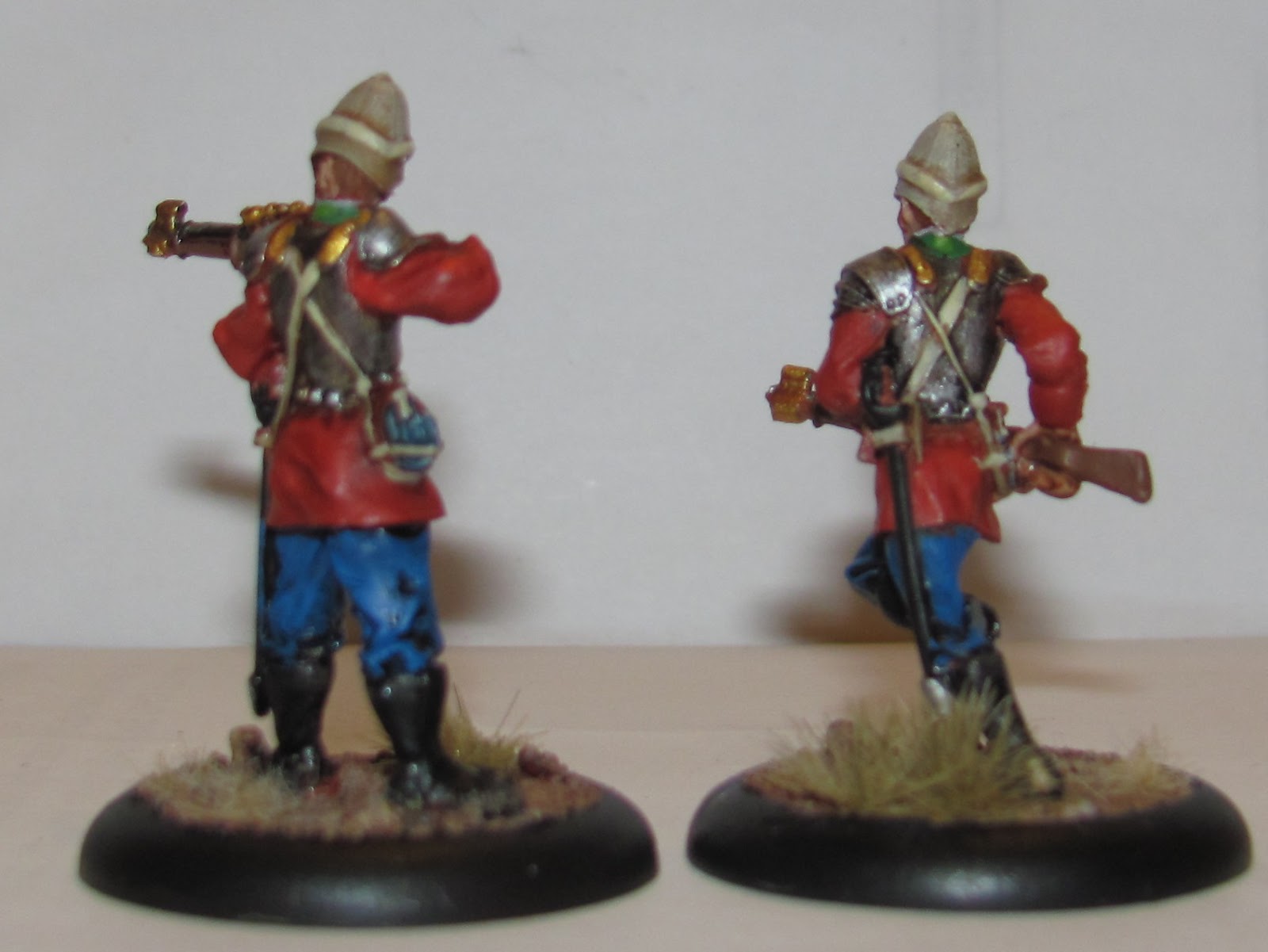 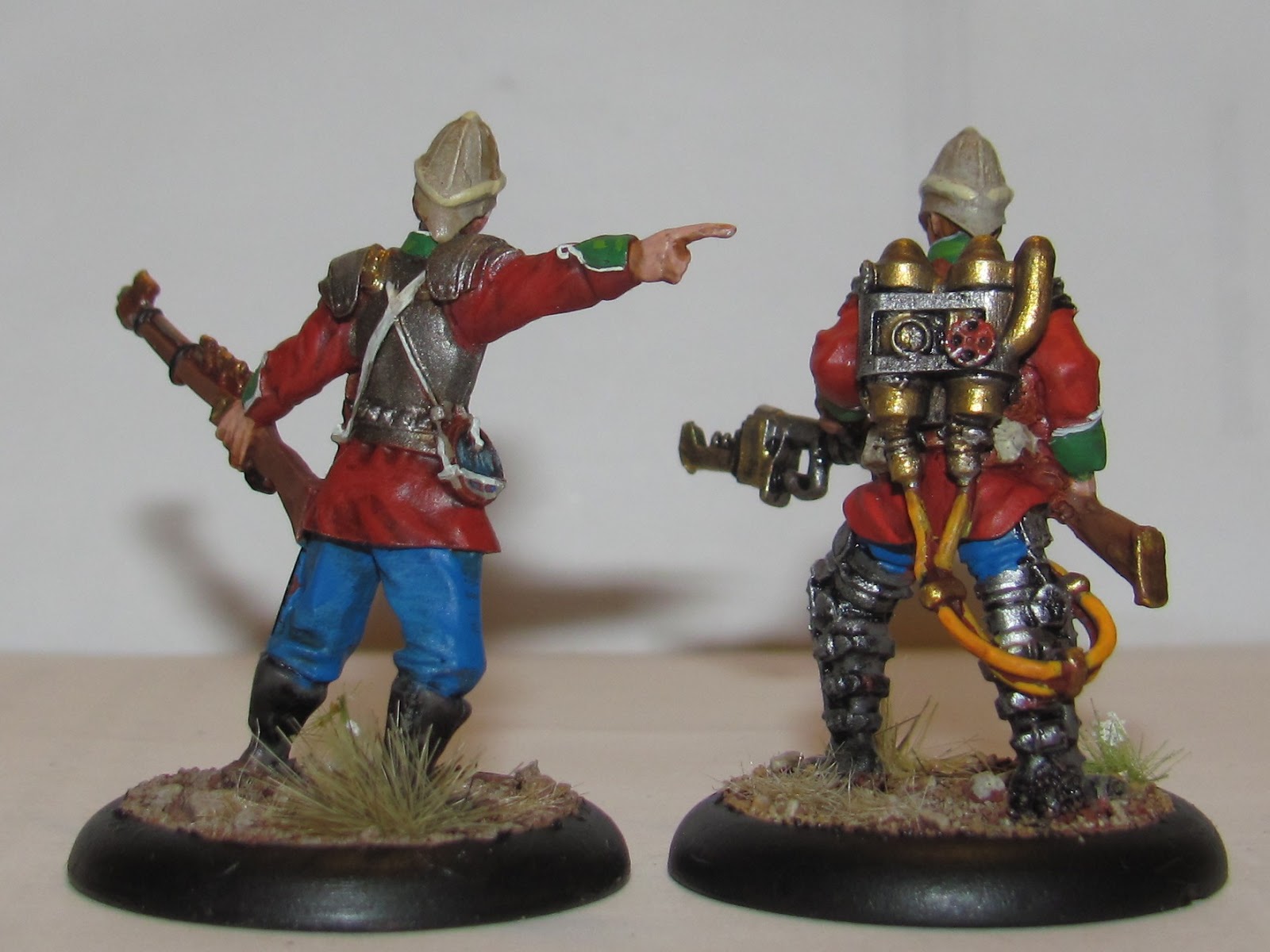 I had a spare reaper Colonial mini with pith helmet lying around, so I painted him up in a test for the South Essex, and he'll either stand in for a somewhat veteran Sergeant, or a second Lieutenant once re-based. All he's missing is a fancy laser pistol and he's exactly right as a Lieutenant. 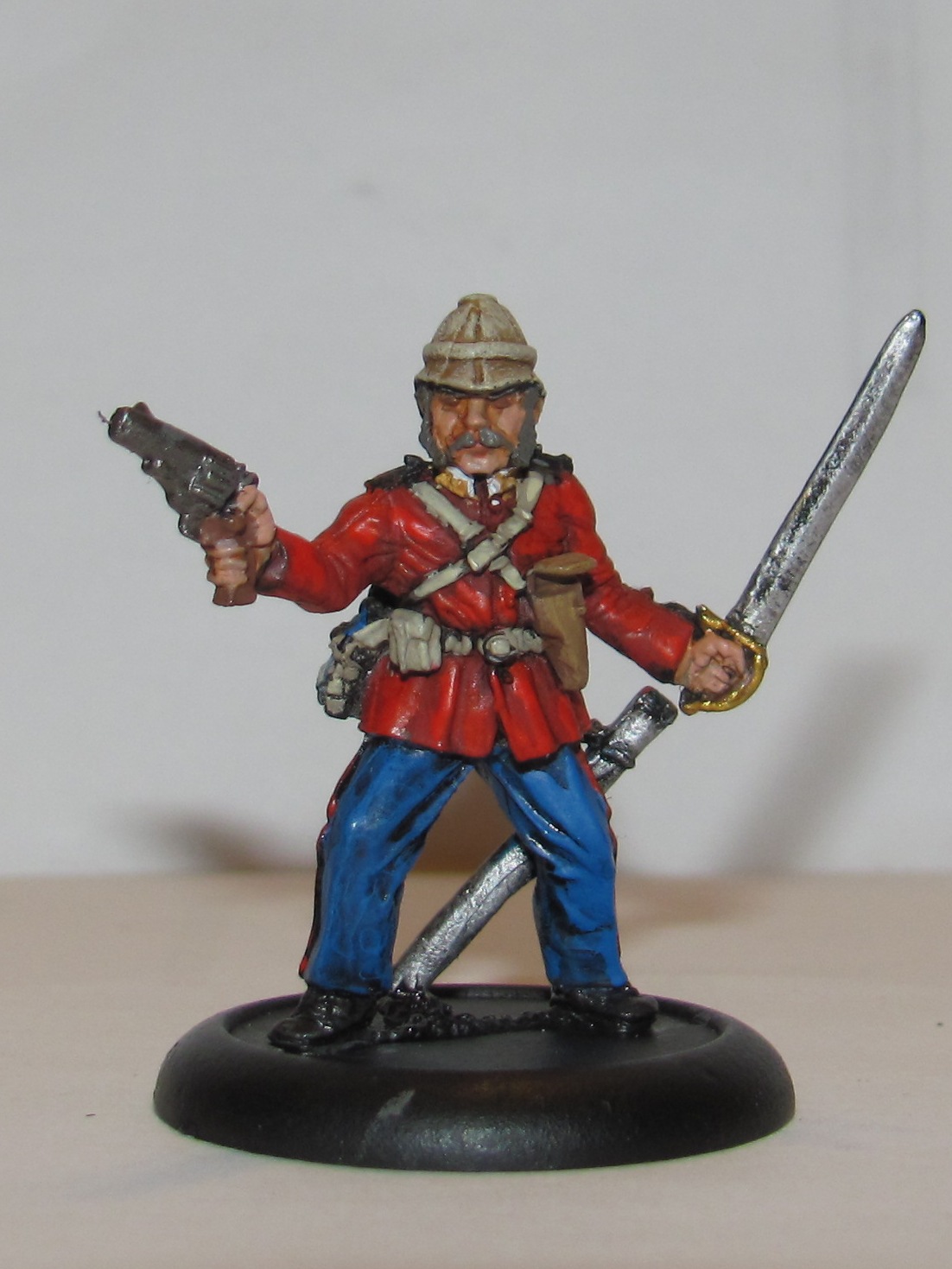 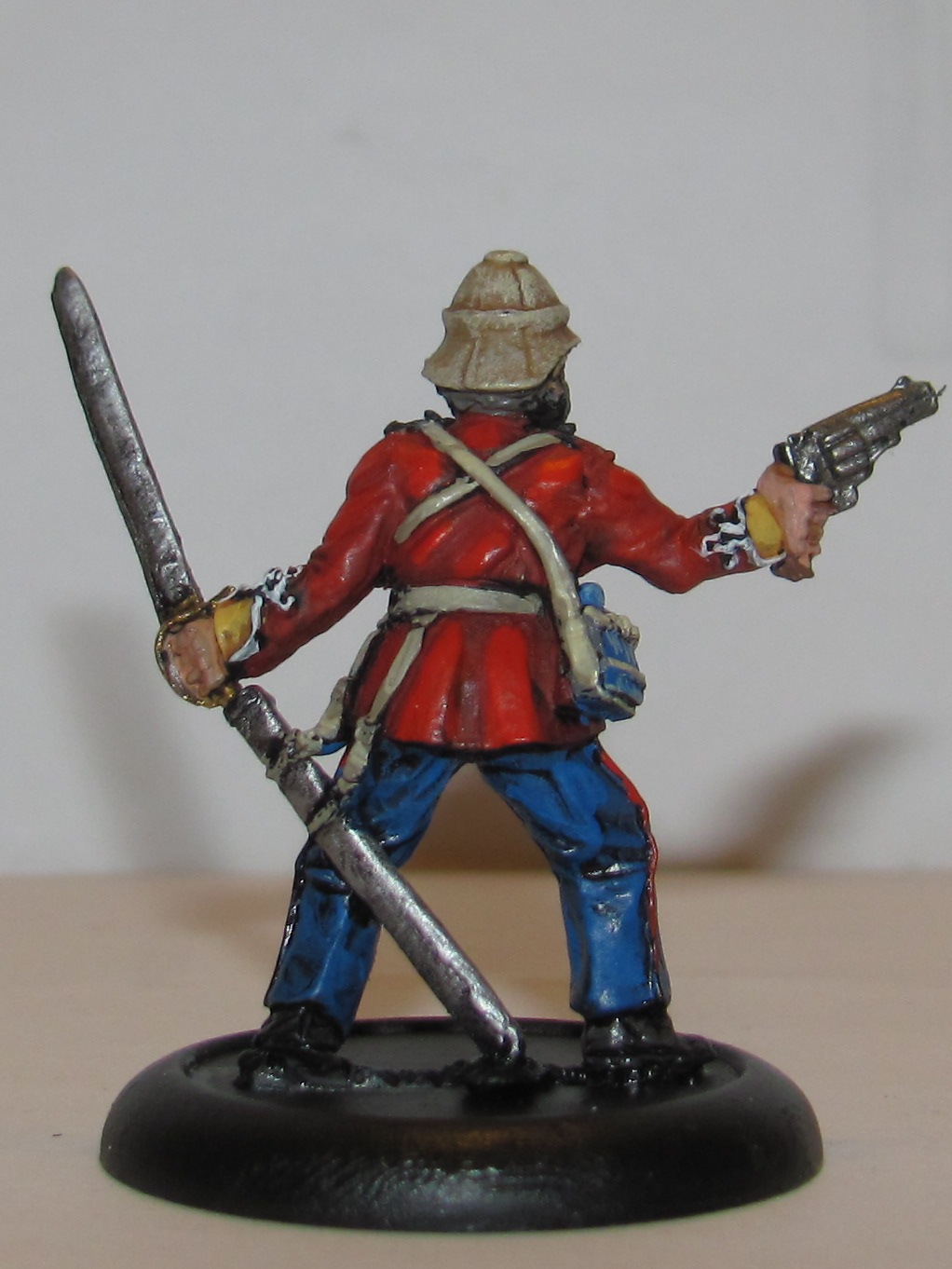 I had started painting him a very long time ago, and then changed his scheme slightly to fit with my KoB minis, which is why he wasn't based in the same way. I'll base him up soon.
Posted by Derek at 9:49 AM