I've managed to get enough people interested in Frostgrave at my FLGS to run a campaign. We're now 3 scenarios in to the Thaw of the Liche Lord Campaign, and it's going well.

Since the game requires so very few figures, I have given myself the very humble goal of finishing off 10 minis for my warband as soon as possible. I have painted up plenty of wizards, but I'm lacking in completed soldiers.

I had previously panted one archer, among the first batch of minis for this game, but I never run with just one of these guys, the ranged support they provide really helps in this game where you don't really want to get too close to the other player, you want to get in as close as you need to to get the treasure, at least at low level games. So one archer is never enough. These two will therefore take their place in my warband as more archers. I do run a ranger too, so one of these will proxy as a ranger till I find a more suitable miniature for that (Bad Squiddo Games order already made).

These two are from the same WFB 3rd ed Bretonnian blisters as the previous one, so some real Oldhammer minis here. I think two of them are indeed Perry brothers sculpts. I'm not sure about the other one, as he has much bigger Oldhammer style feet/boots. not the dainty Perry feet.

I'm now at 7 members of the warband fully painted, and two (my captain and second Treasure Hunter) at a pretty advanced stage. I do however need to get better minis for my thief and ranger to complete the band I currently play. I've also ordered a Rangifer, which I intend to run too, as I have passed all the in game requirements. After all that, I'll have plenty of choice of soldiers for my 10-man-band.

I'm trying not to set such grand goals for this year, as I did last year, as can be clearly seen by the frequency of my updates, my painting time has been rather sparse so far this year, but to have 10 minis for Frostgrave is the bare minimum I expect of myself. I'm also planning a couple more, so I can run different soldier types. I'm also trying to get through one or two of the bad guys for the scenarios too, so expect to see a Liche and his allies here soon.

SO like I said, no hard goals as such, like the Khador Caster Challenge of 2015, but a softer more attainable goal to get me to the painting table over the summer months. 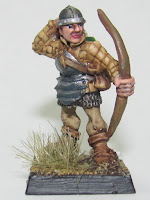 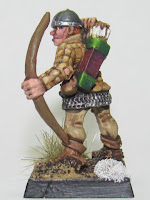 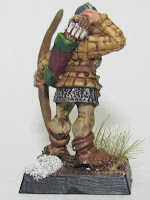 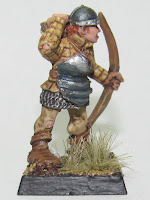 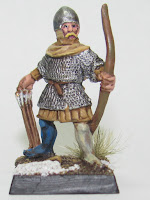 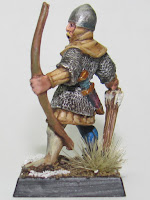 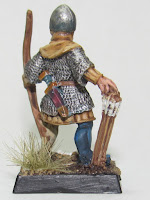 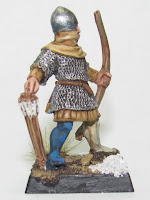 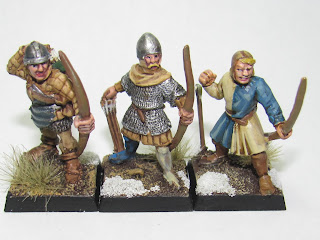 As always, the camera picks up a bunch of flaws in the paint jobs, so I'll be going back over the eyes of the first mini, amongst other things, now that I've seen them through the unforgiving lens.