My postings over at the Viridian Wars blog has got me back into painting some of my minis for the game. This is a limited edition miniature, released for Void 1.0. More info can be found on the mini and her background, both in and out of game in the post I made about her here. She's been hanging around in my lead pile since I brought her back from my parents attic a year ago.

Here, I'll just show pictures of the mini, so as not to duplicate the information posted elsewhere. 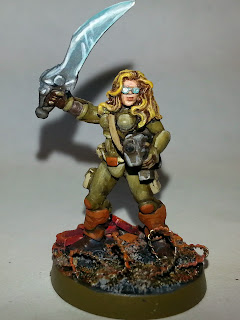 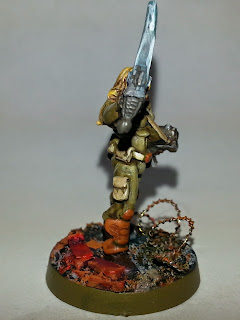 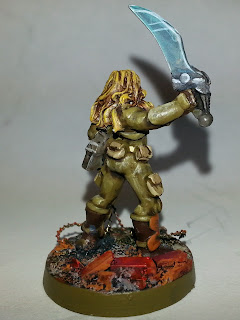 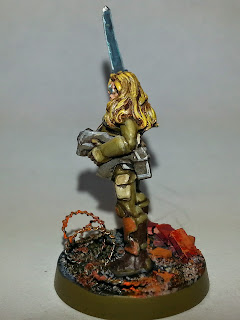 She came with a normal round 25mm base, which I decorated and painted to match the rest of my Viridians (as is the colour scheme for her uniform) and the second batch of I finished recently, even though her base is of a different diameter. I'm quite happy with how this base blends into the rest 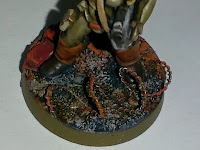 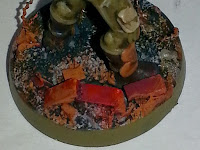 Ray's doing a giveaway on his blog. You know Ray? Everyone knows Ray! But he insists on getting folks to pimp out his blog every now and again when doing something like this just to round up the few stragglers out there who don't already follow him. I mean, maybe he's trying for 1000 followers, maybe that's his plan!

So for you, the one guy at the back who's just started out on blogging and hasn't already started following the Don't Throw A One blog, or has had Ray follow him, and leave comments, then you really should wander over and check out the prizes. There are rather a lot of them.

In the first painting session for about 2 weeks, pulled out some old Viridians, with the plan to finish off some paint jobs that had been sitting around for far too long This was inspired in part by the Viridian Wars blog, and partly by Colore ton Monde ending, which has made me go back an complete old stuff for some reason, rather than starting any new projects.

This may also be inspired by the spring clean going on in our house this weekend too.

So, a triple whammy of reasons to go back and fill in some blanks that have been staring at me. I hope there'll be some more of this to follow in the rest of the month. In fact, this month's mini for the Khador Caster Challenge fits this bill too, as I have an eButcher sitting around base coated that I plan to do next.

So let's call May the spring cleaning month, and use it to our advantage shall we!

These guys were painted for a Colore ton Monde back in April 2014, but have been sitting on whote bases ever since. No more! Now they are based to fit the scheme of the rest of my Viridians. Although, there are another 4 or 5 of these bases to go, but they will be completed soon. These bases are from a discontinued line by Secret Weapon. The other 5 are from a similar line, but are different enough, with none of the large modelling of these bases. Hopefully keeping the palate the same should make them all blend in seamlessly. 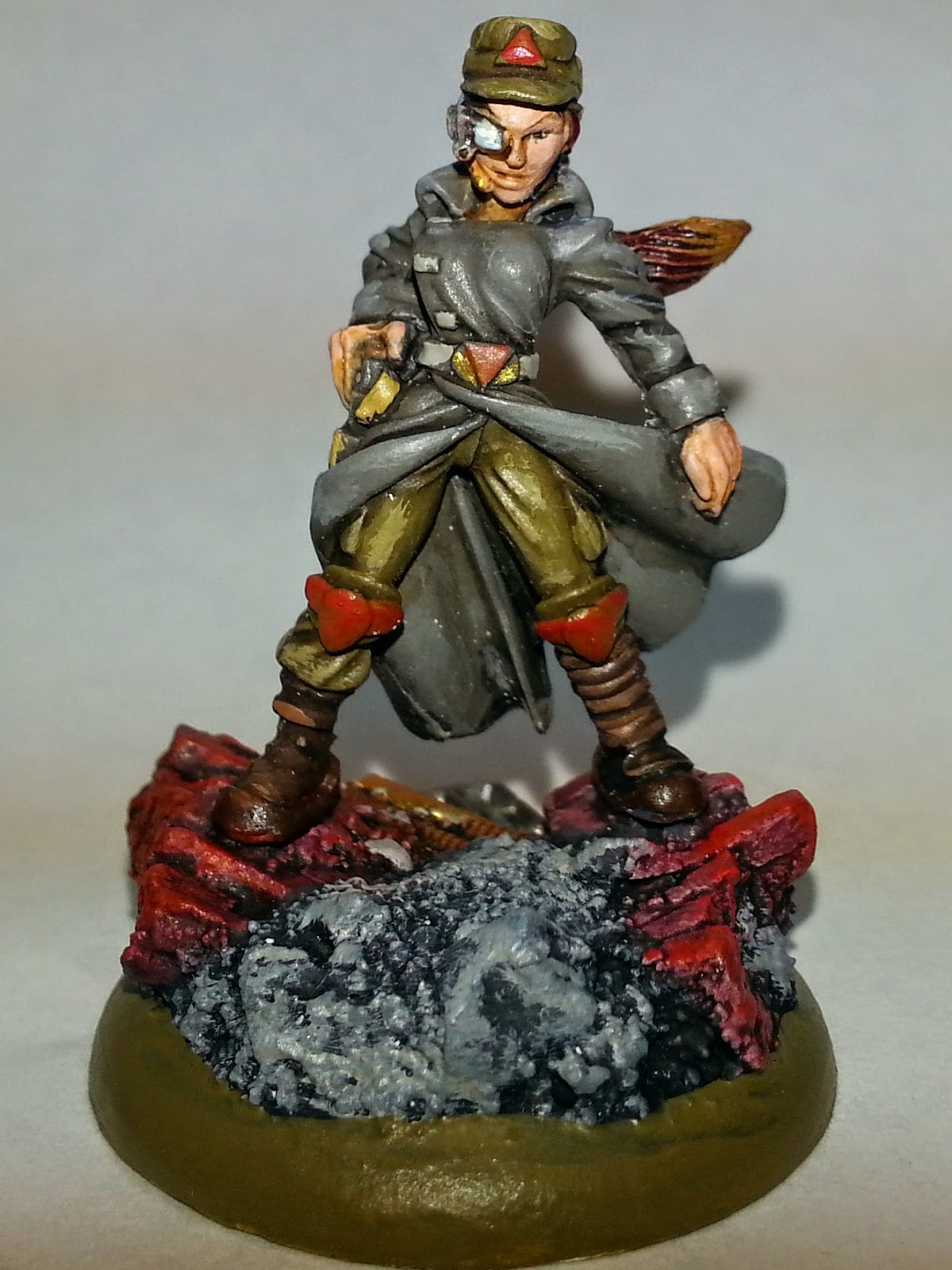 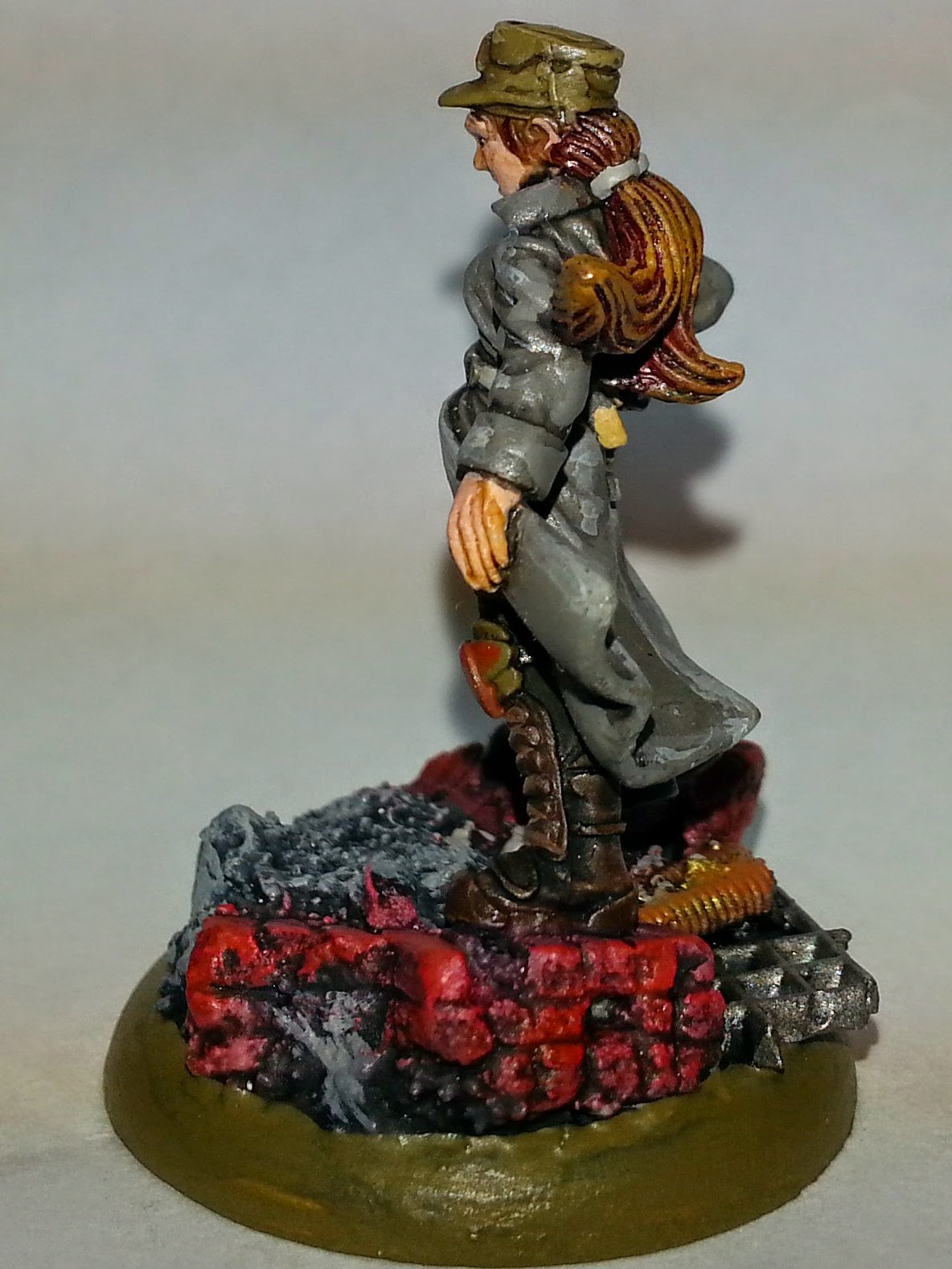 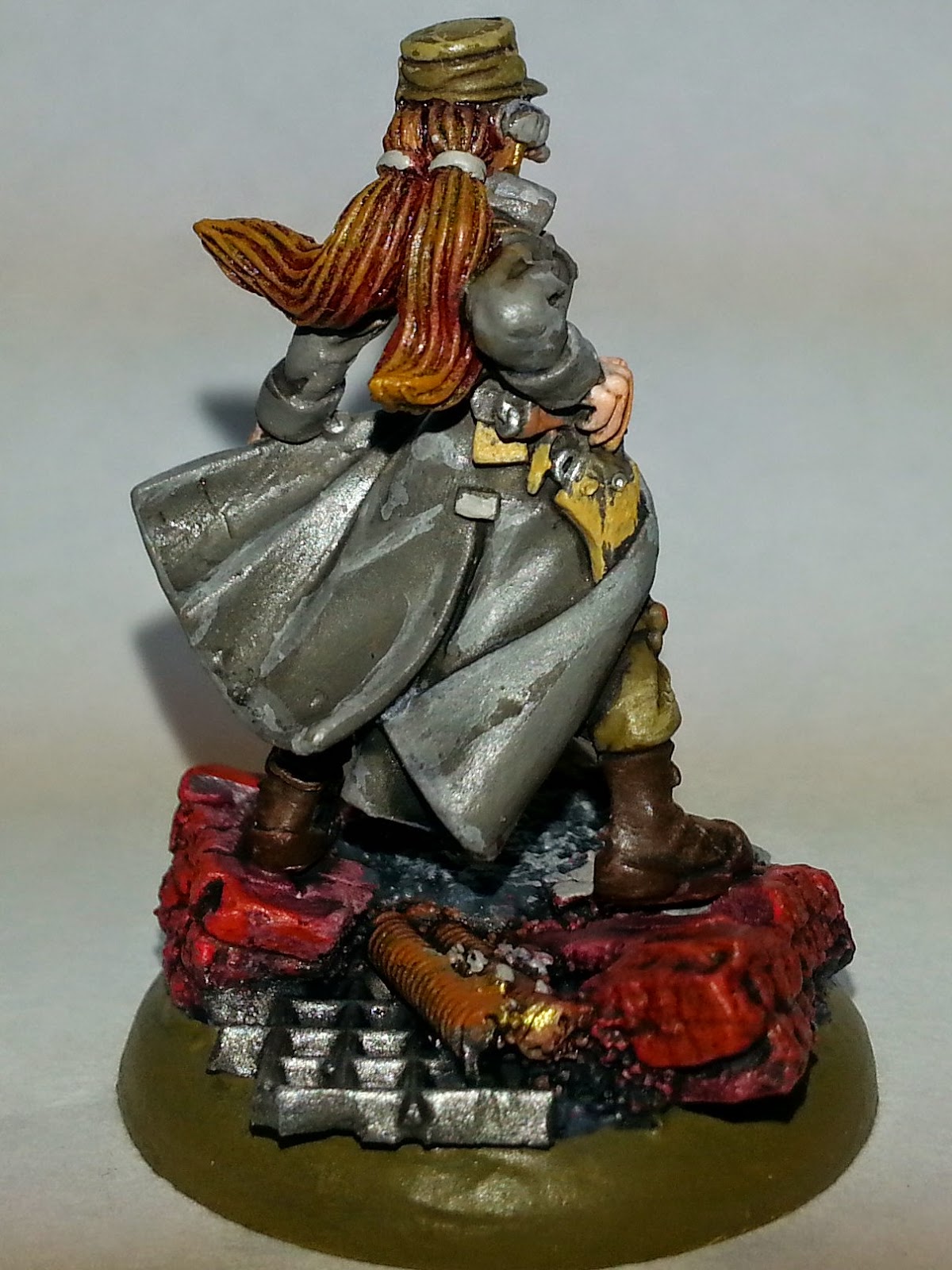 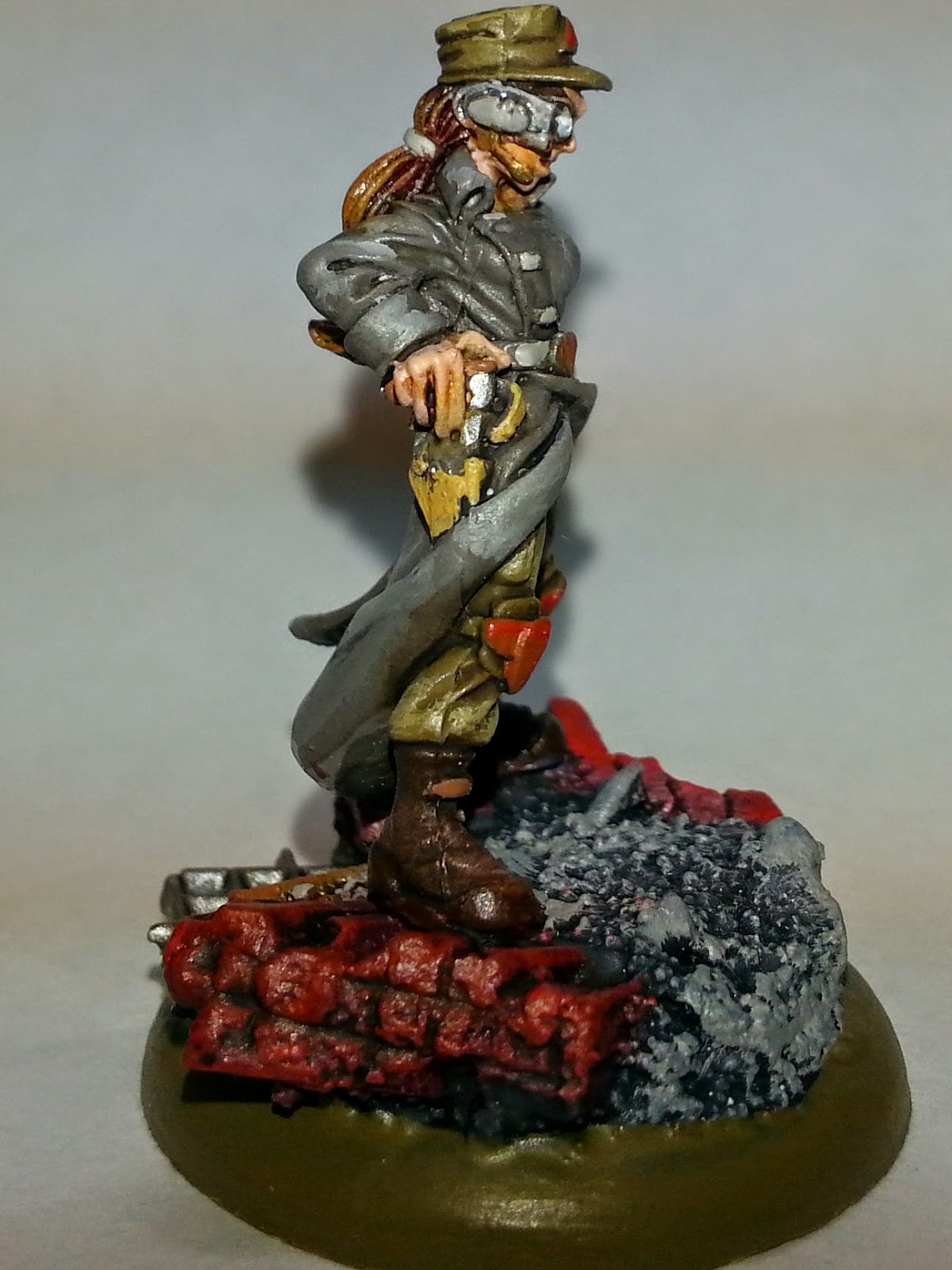 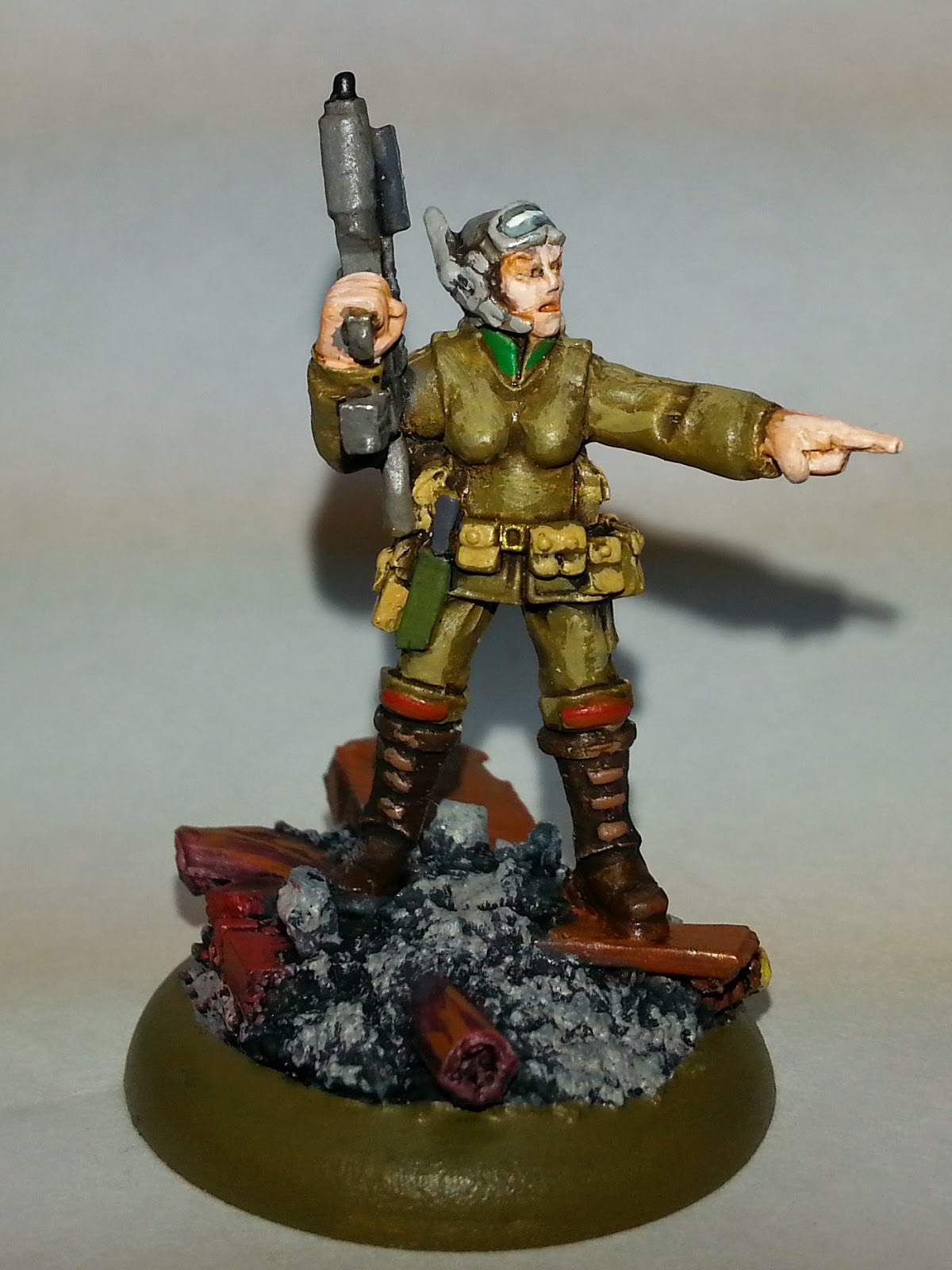 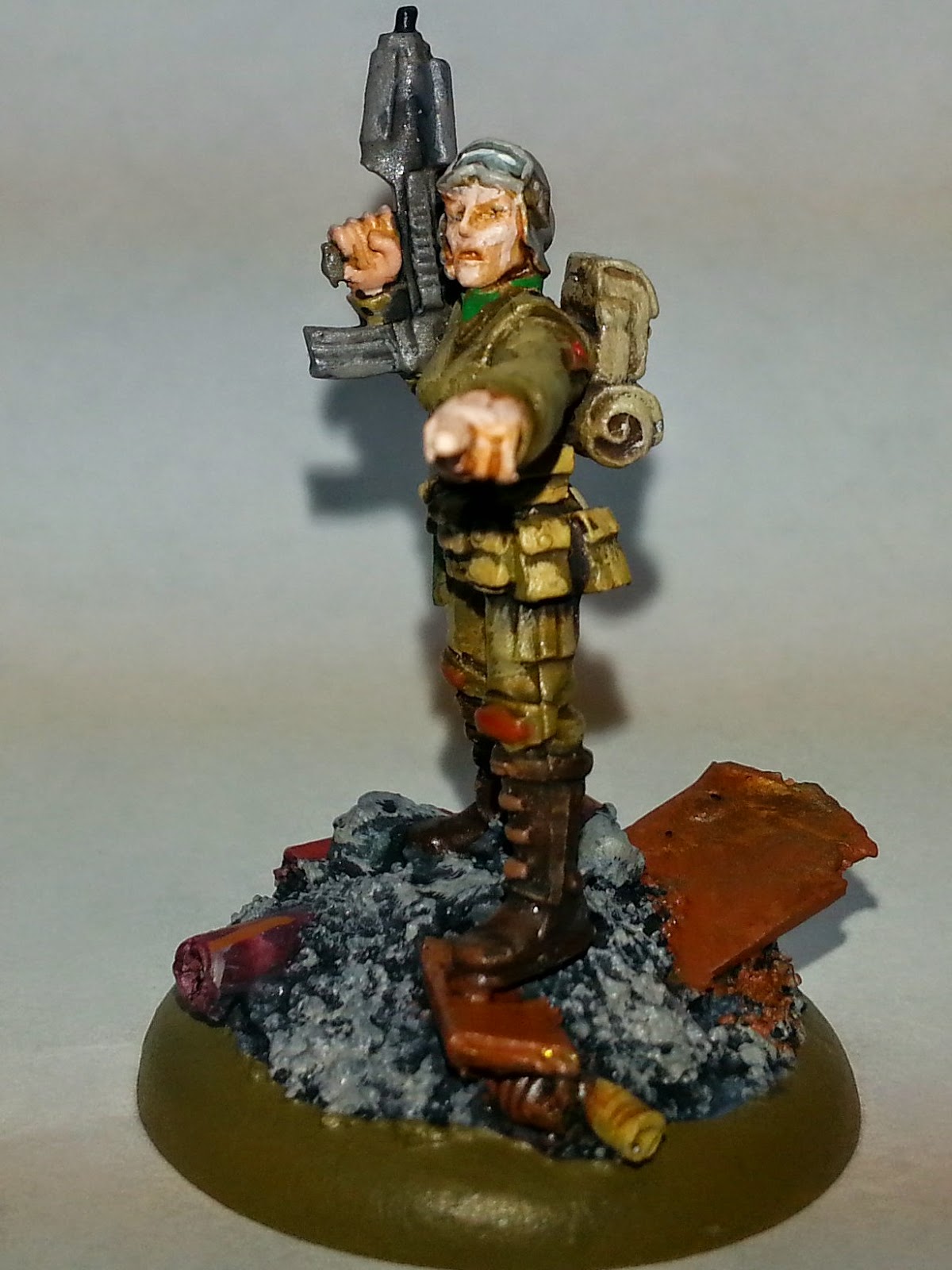 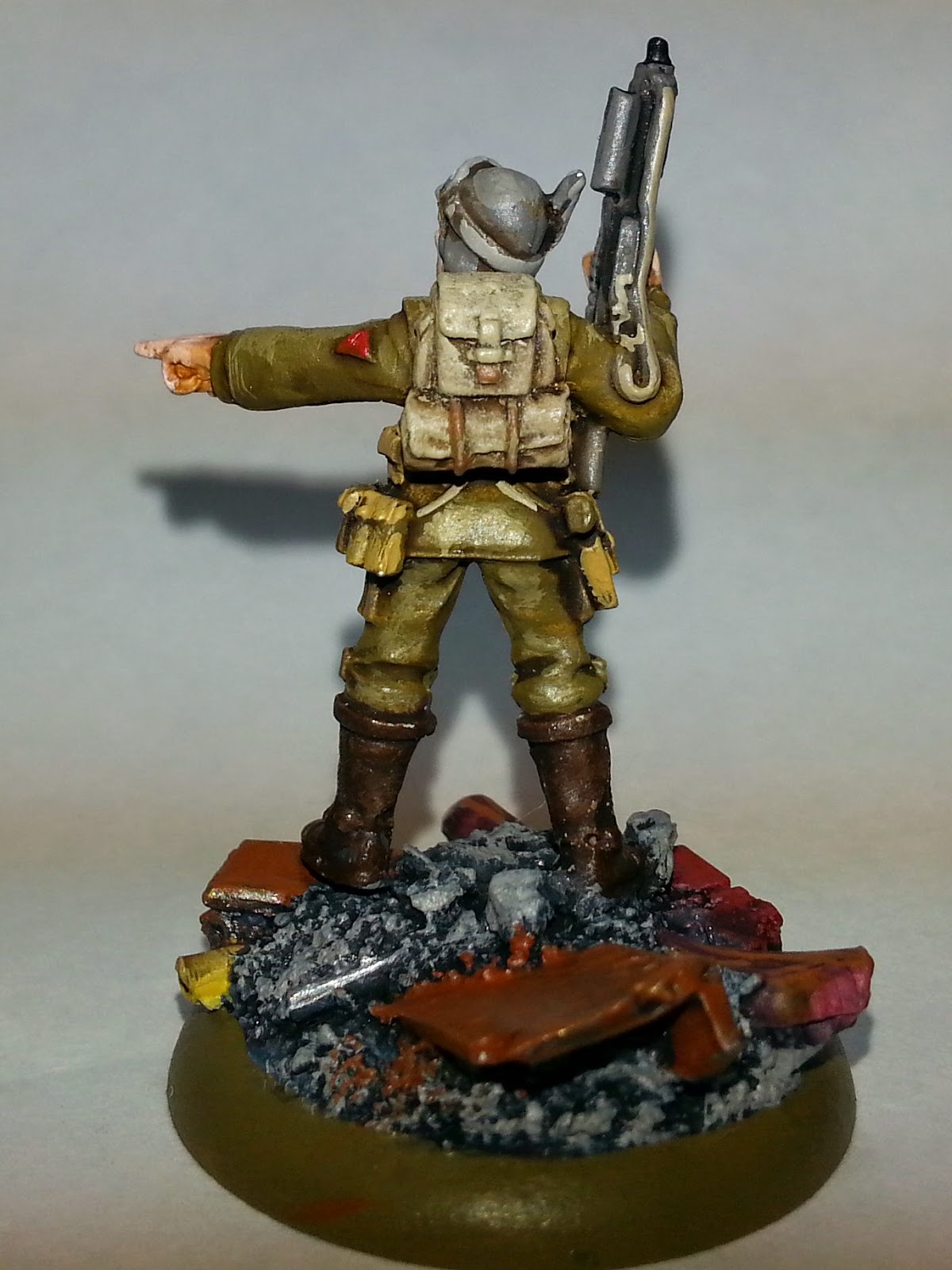 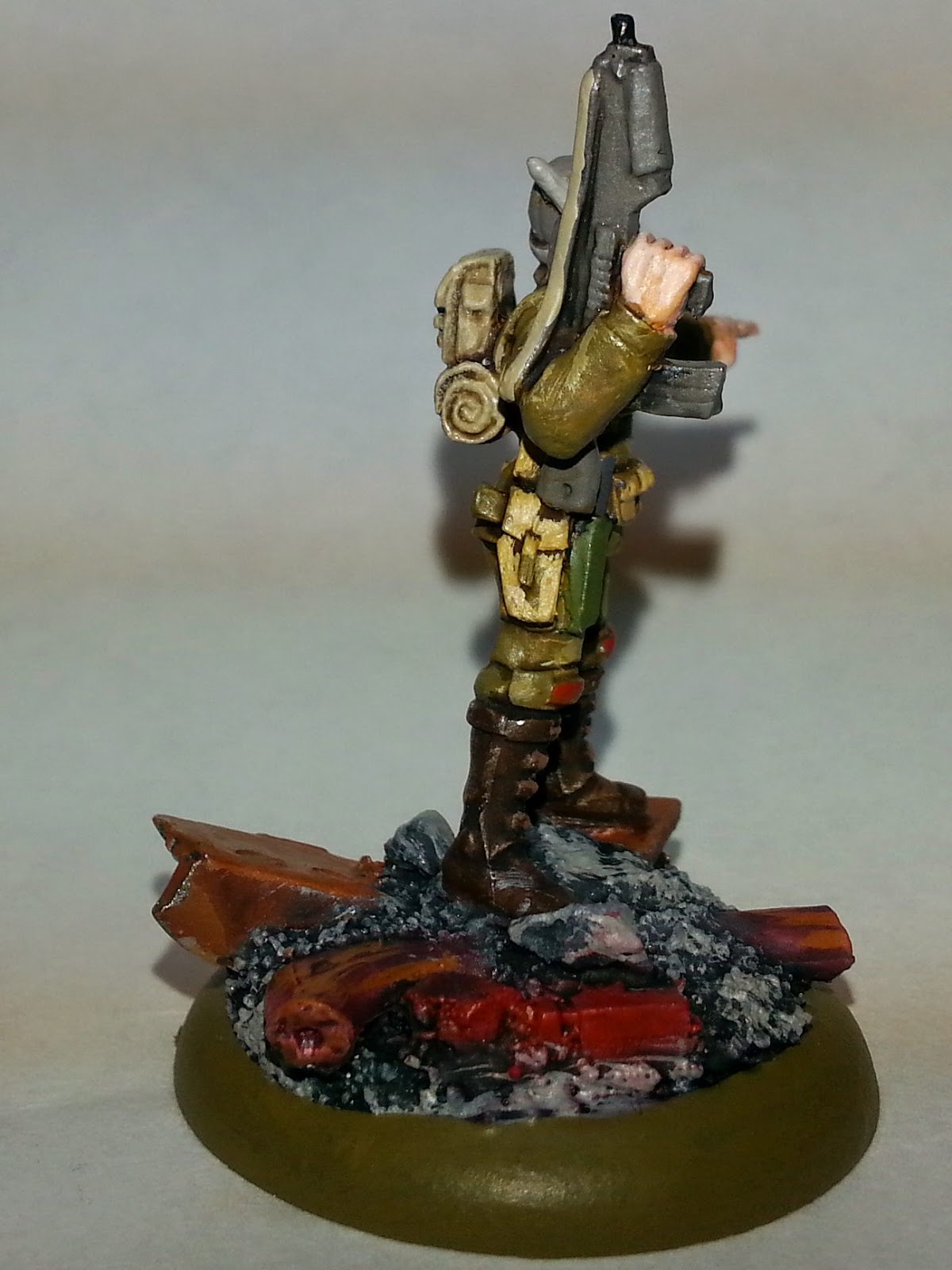 Looking at them I the harsh light of a close up photograph, there's a lot of things about the way I painted these that I would do differently now. Only a year's difference, and still so much to learn and master.
Posted by Derek at 12:25 AM No comments: 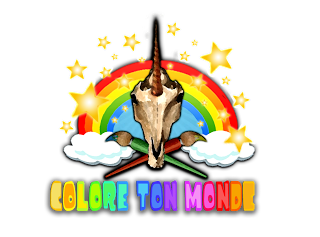 The final results are in for the April challenge, and as usual, can be seen here. As to the next challenge, well, there isn't one.

Club Chaos, the guys behind the challenge are calling this the last one. In their statement they posted today they say:

Which translates as the following:

With the April challenge issued, that closes a third year of the challenge. However, the Chaos Club team decided to move on and this April was the last month of the Colore ton Monde challenge.
We thank all the participants who sent us photos month after month. It was always nice to publish the gallery at the start of the month, and juggle the different themes.
We also thank the Gamers' Vault team, who have enabled us ... to offer quarterly prices during the three years.
Happy Painting all!


So that's it for now. The last painting challenge from the Club Chaos guys under the Colore ton Monde banner. It's been a blast, and I have enjoyed this as a means of helping break through the painters block that we all suffer when we stare at the lead mountain piled in front of us.  Foir that I want to say a big thank you to the Club Chaos team!

So, we'll see what they have planned for the future, if anything, but for now, I'll leave you with a gallery of my favourite challenge minis from the last three years. 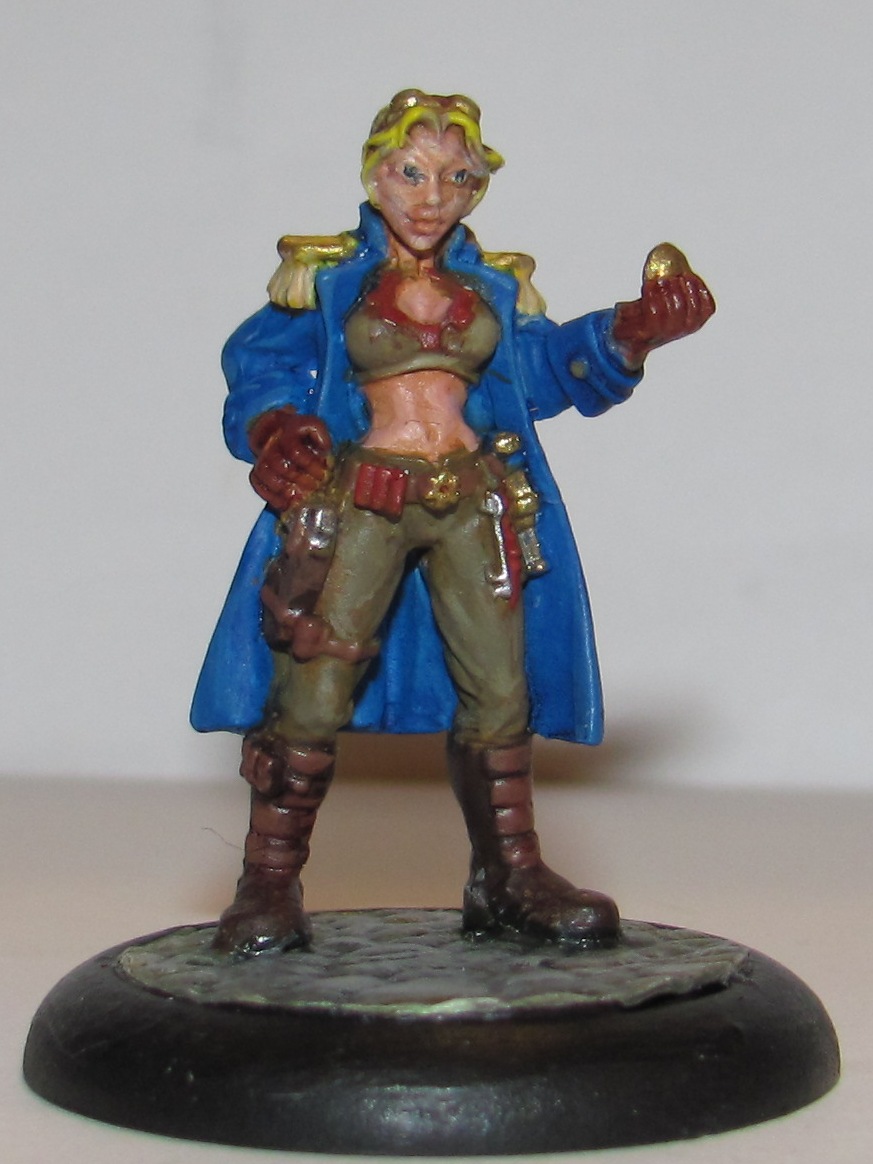 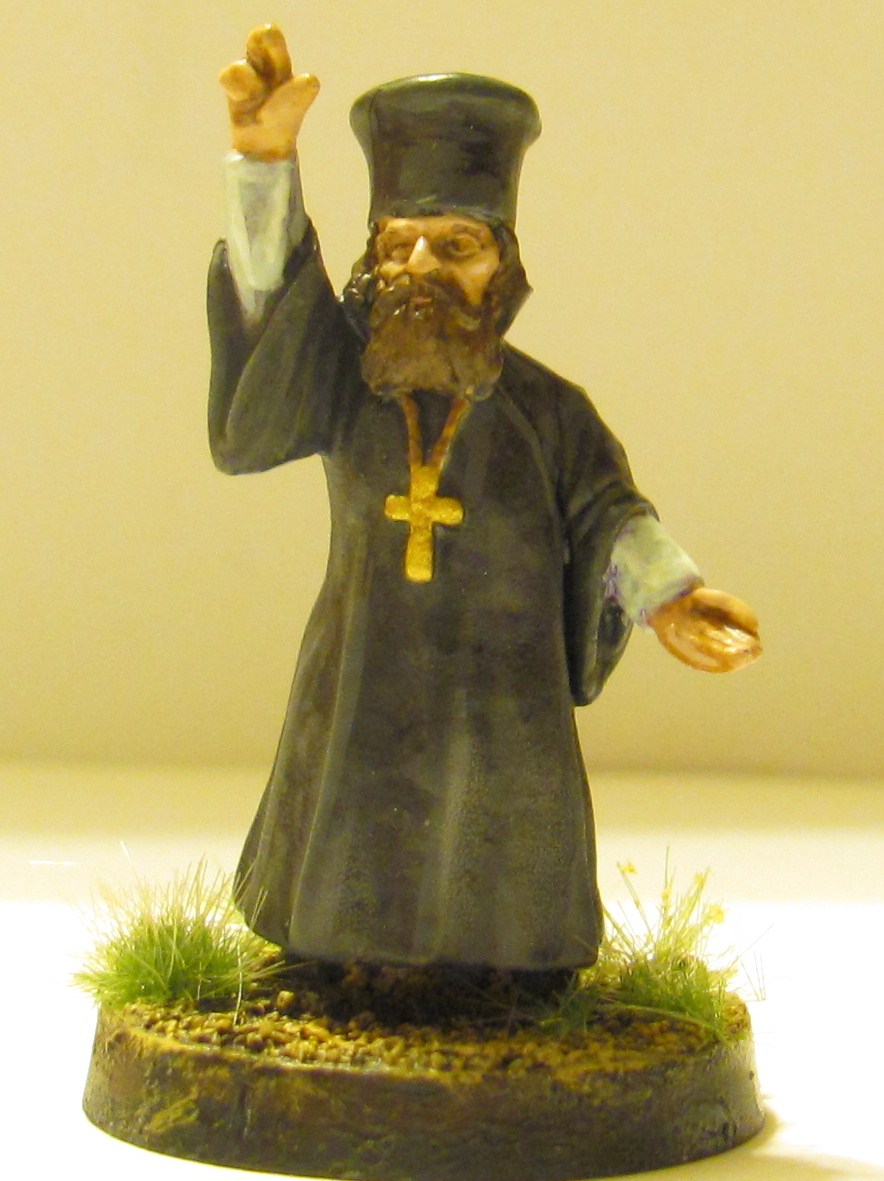 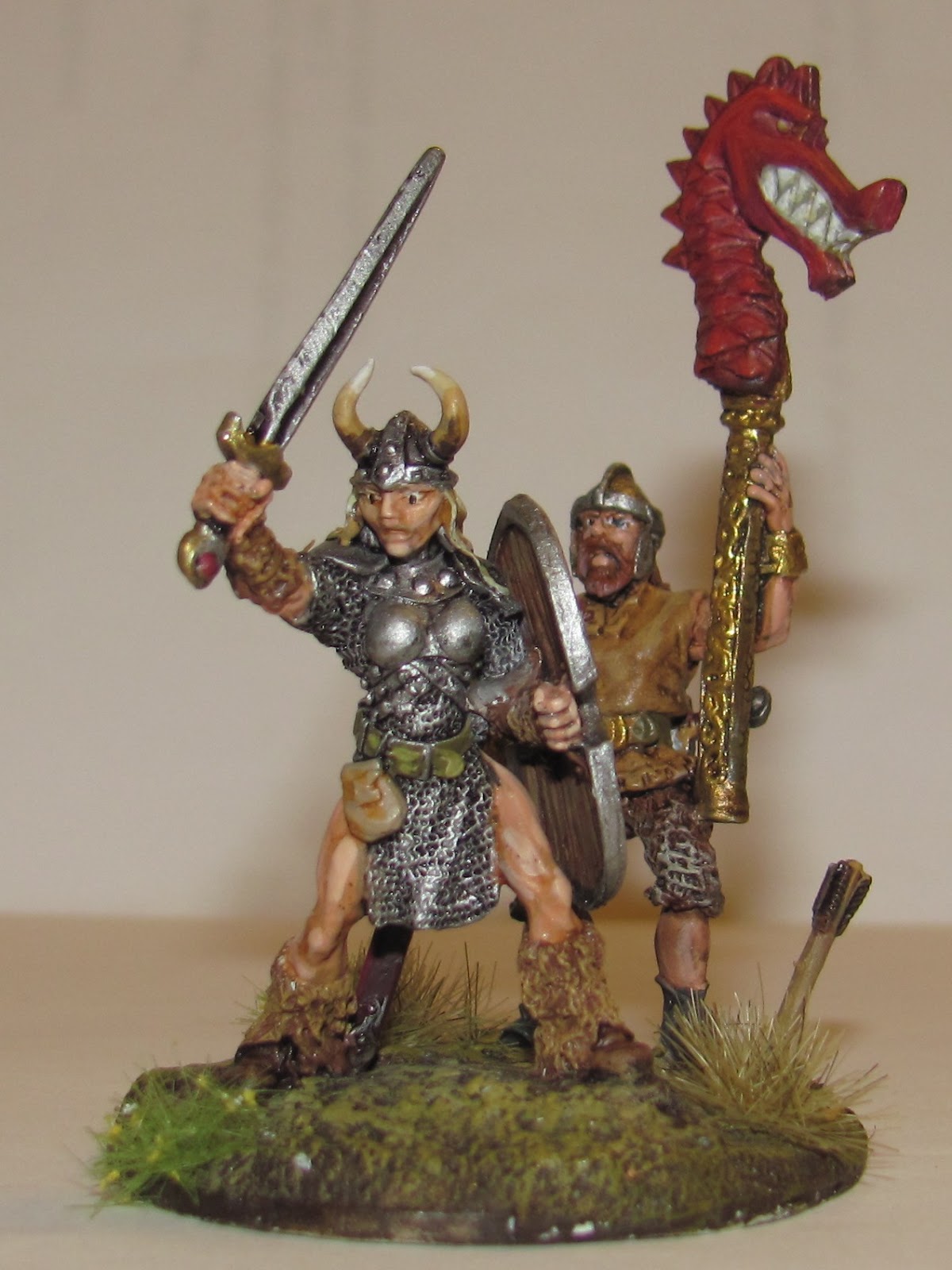 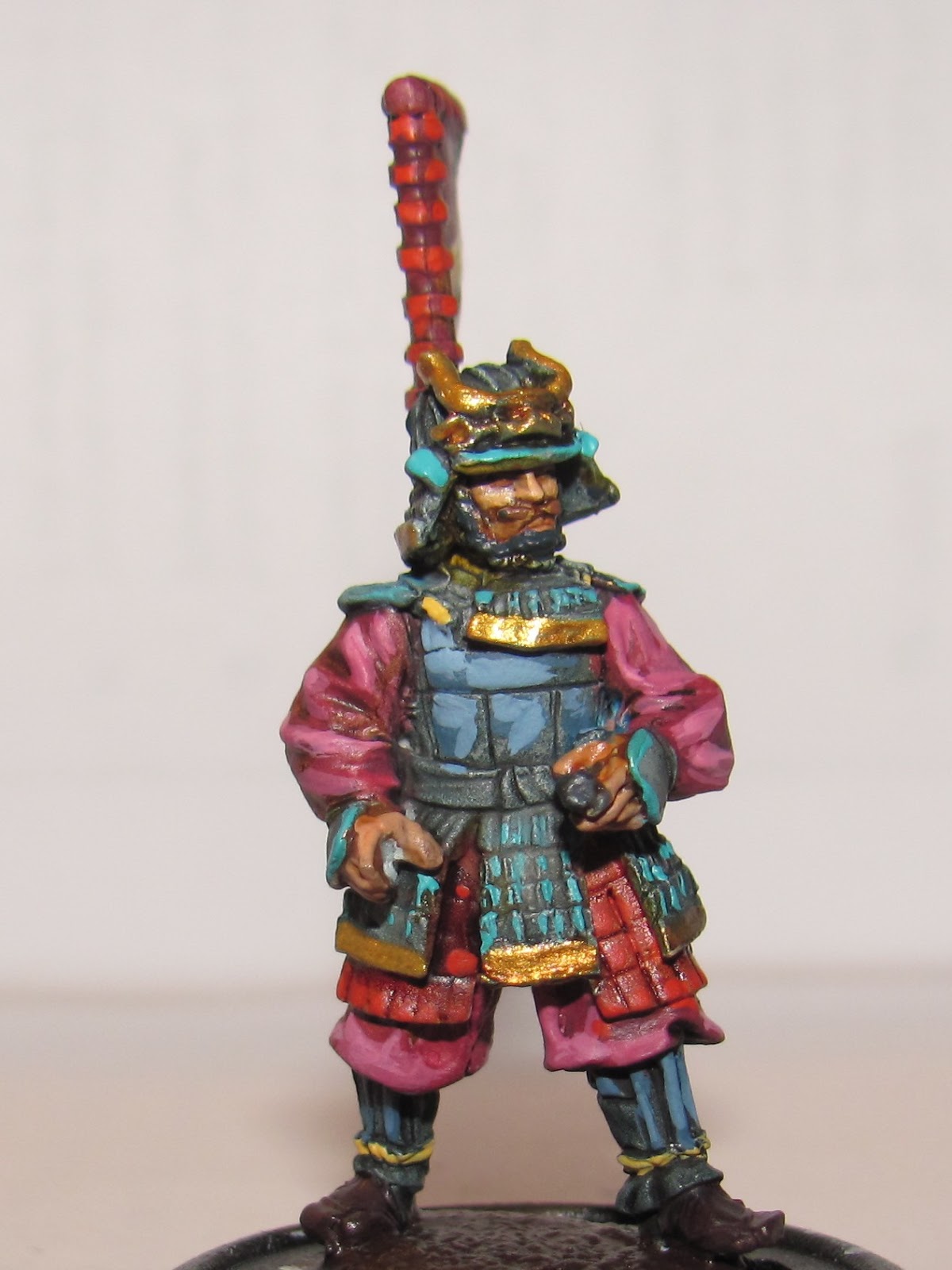 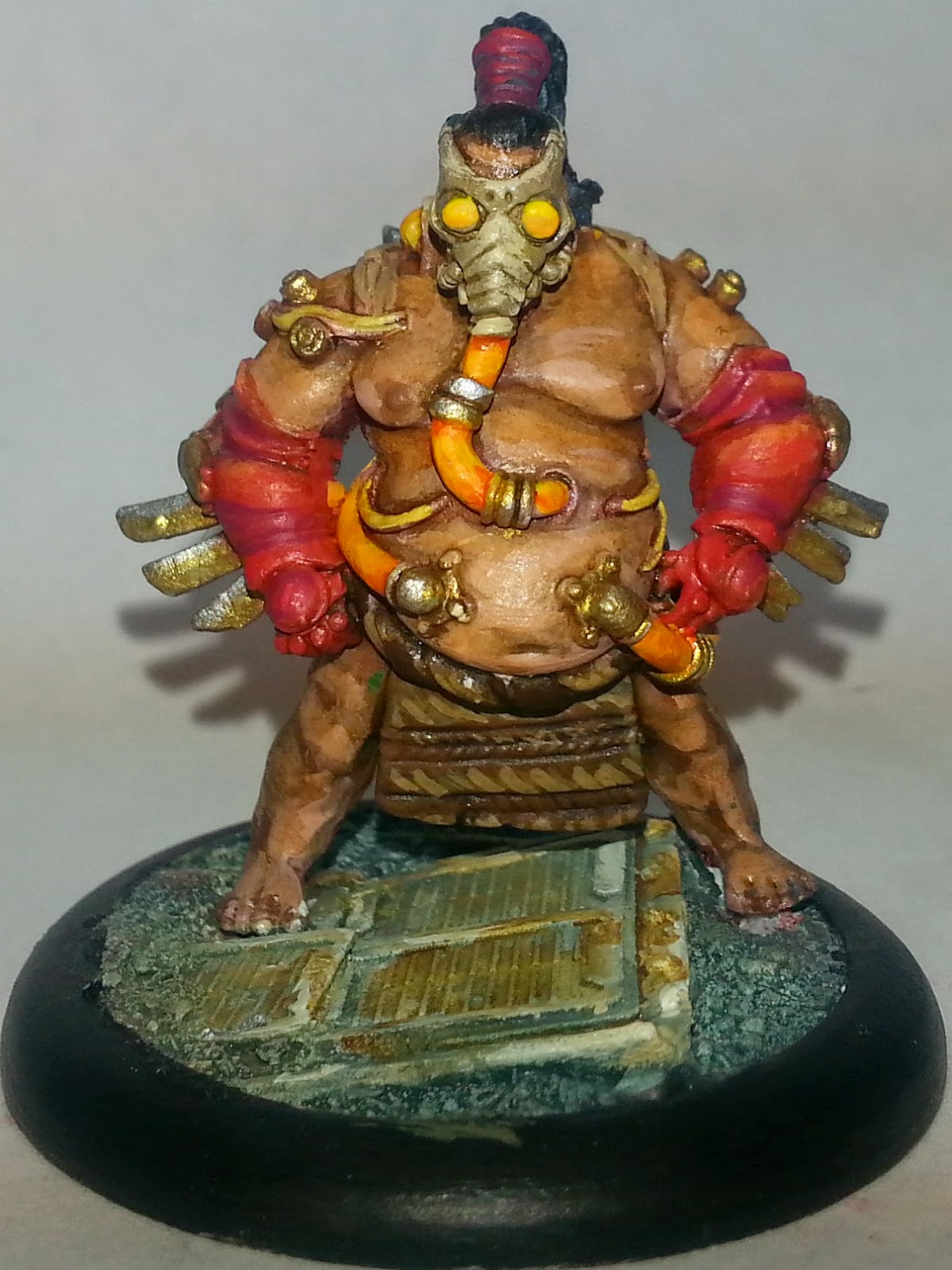 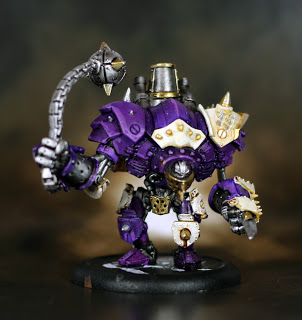 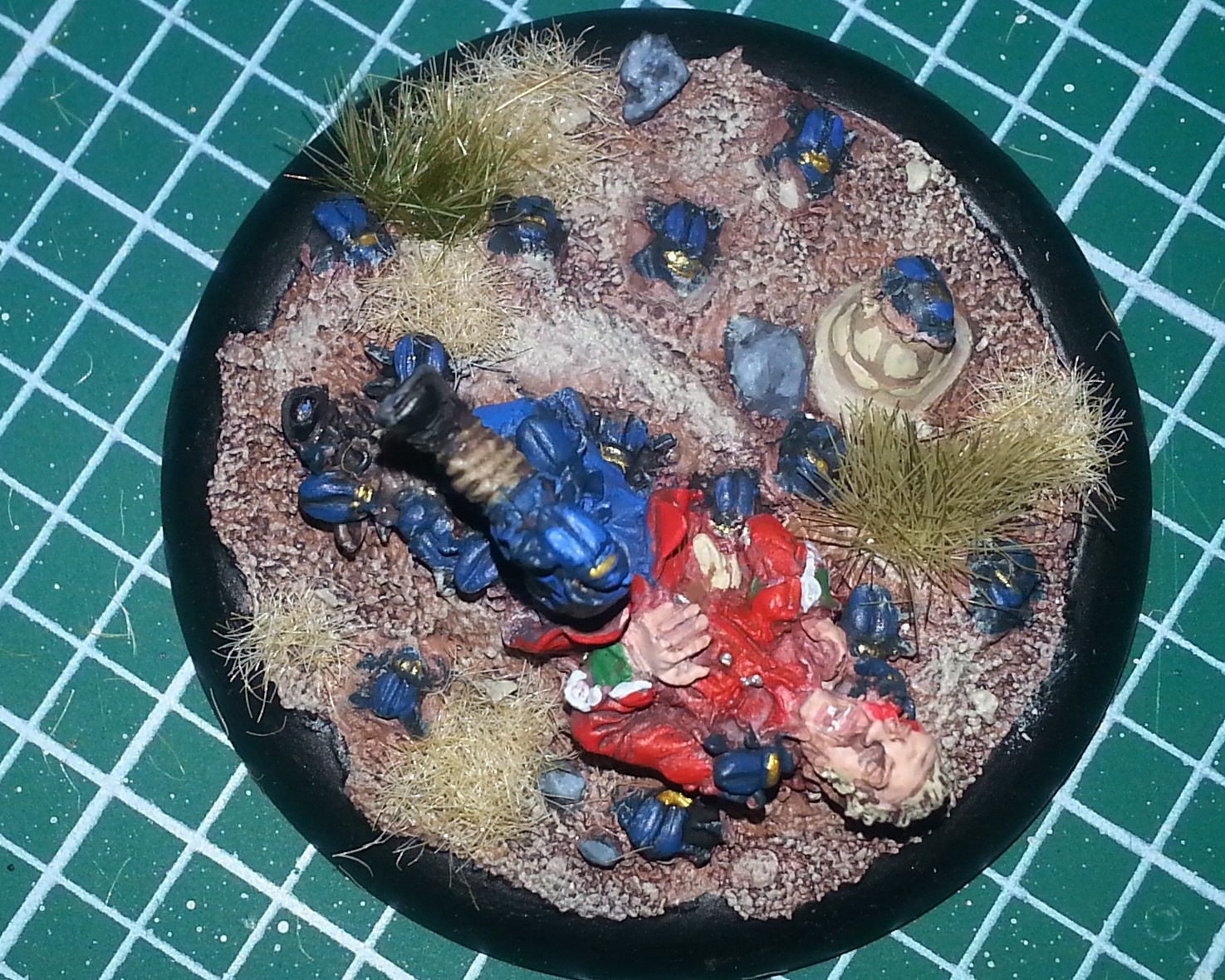 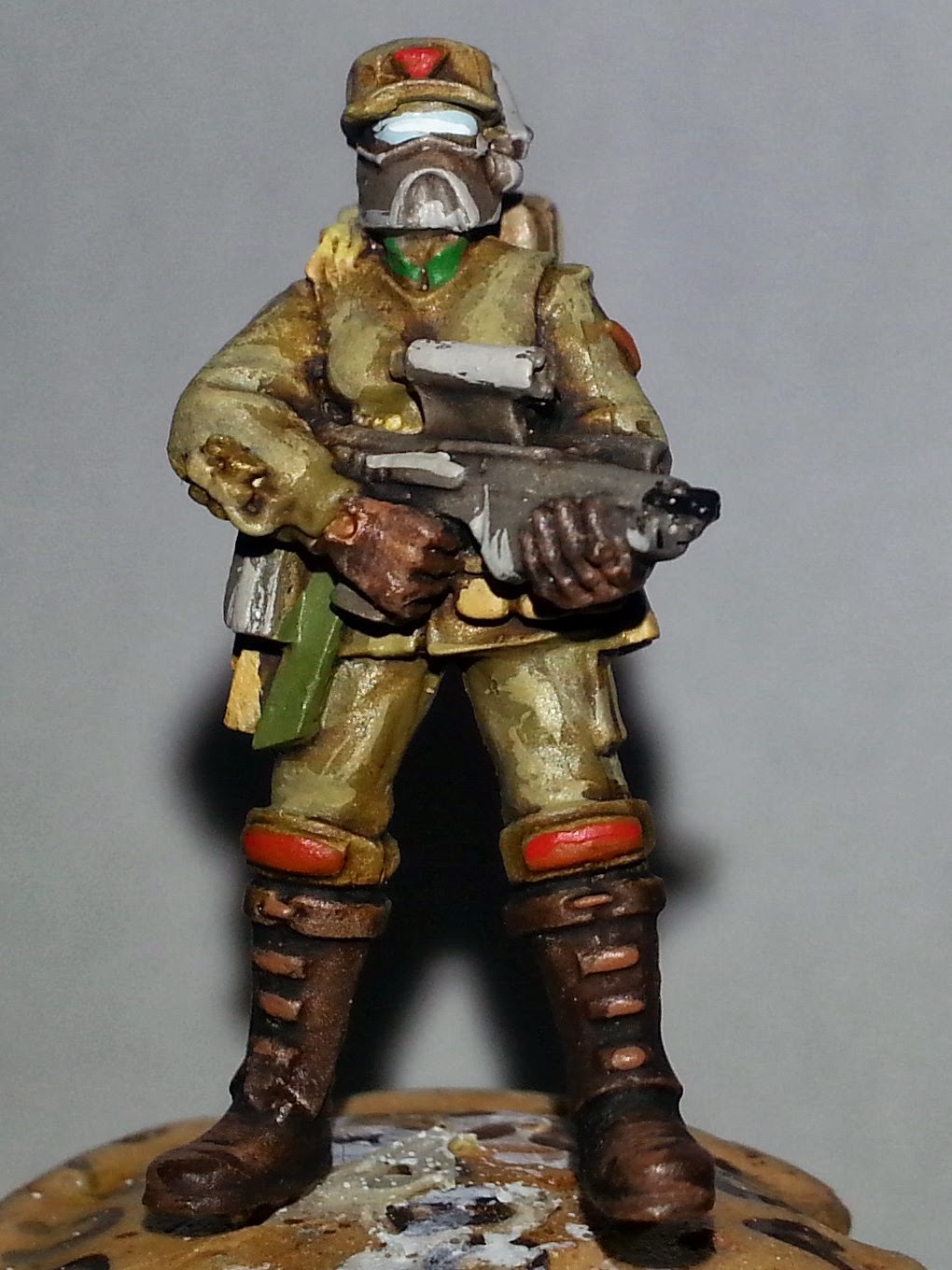 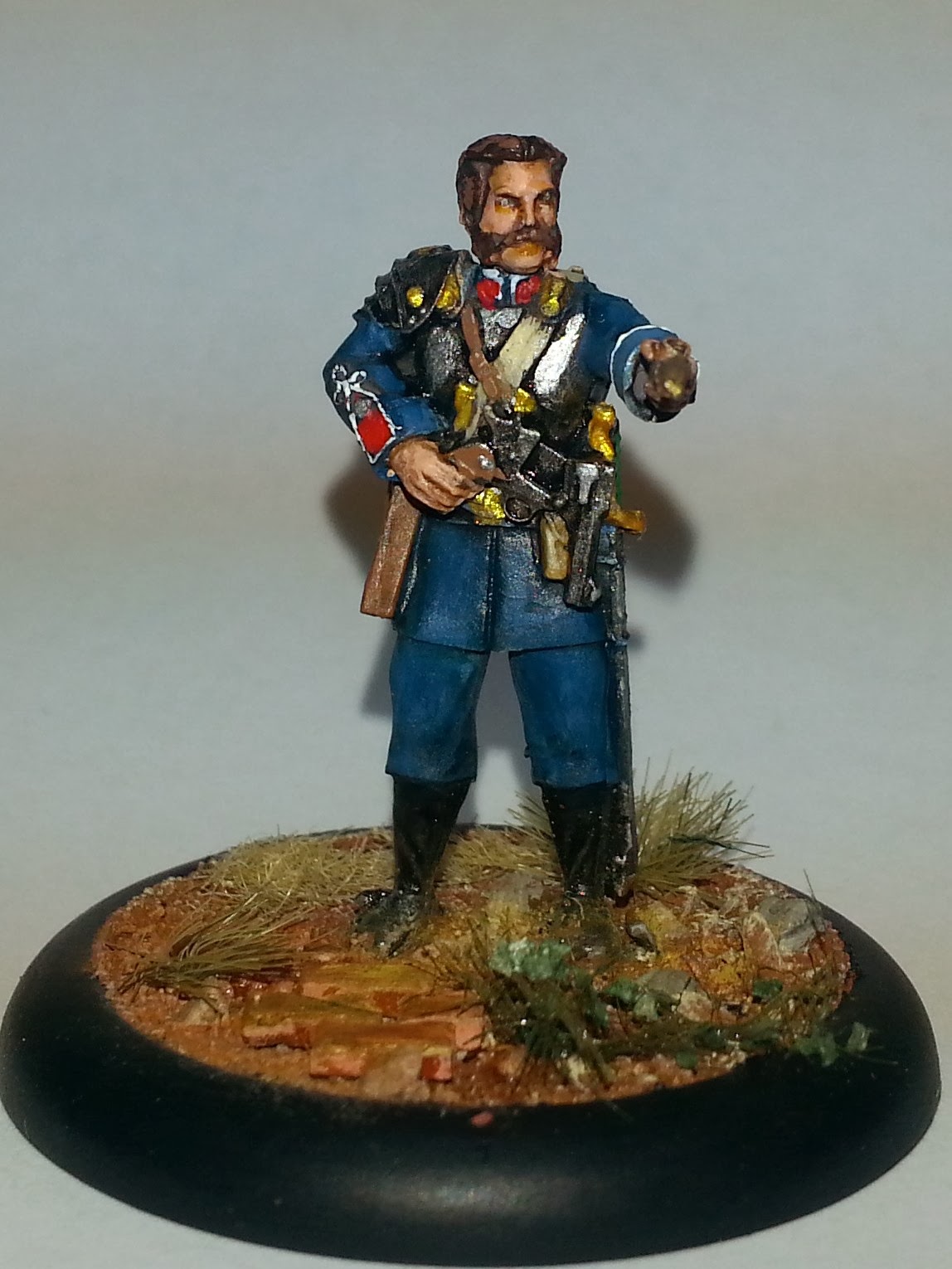 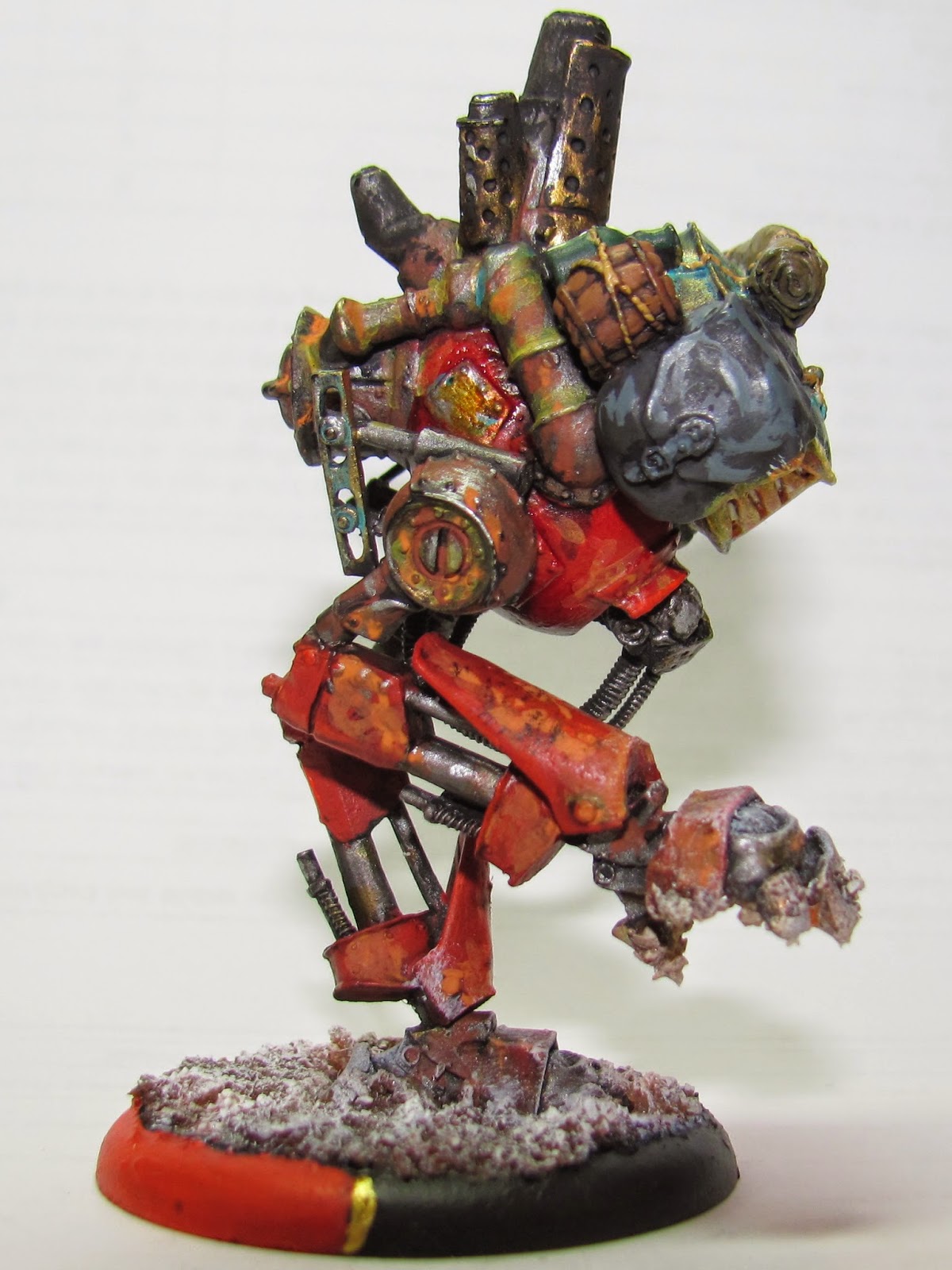 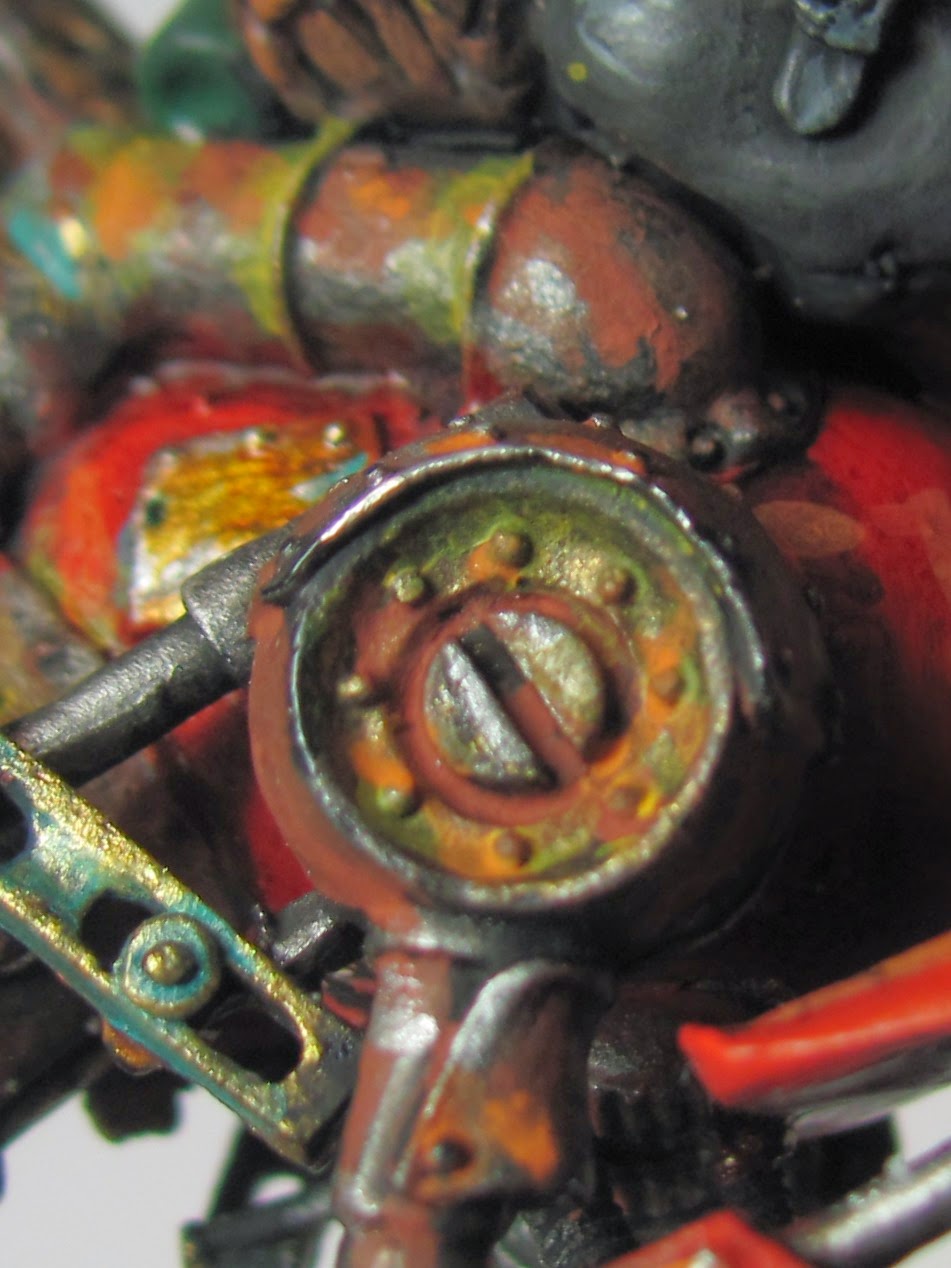 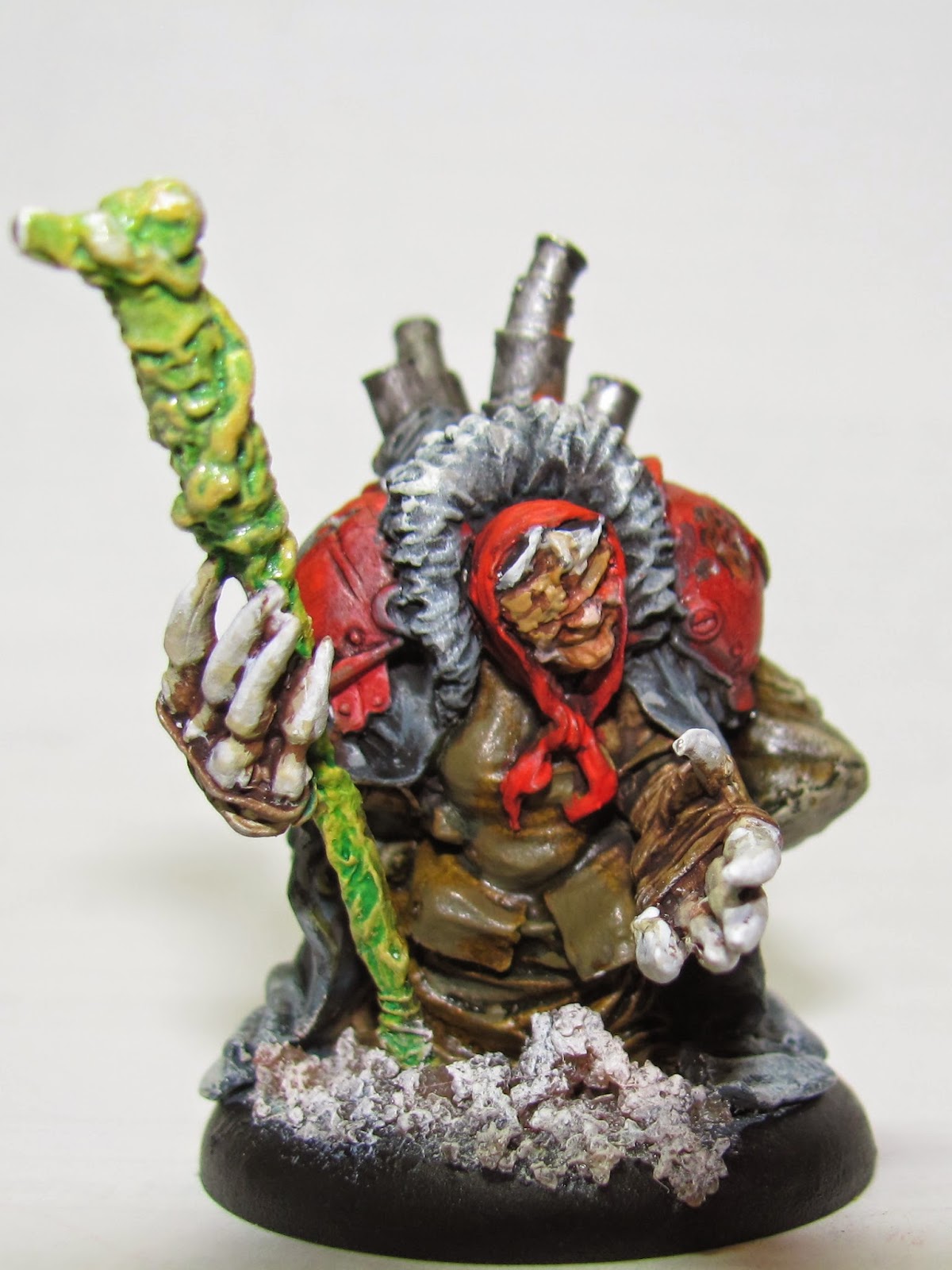 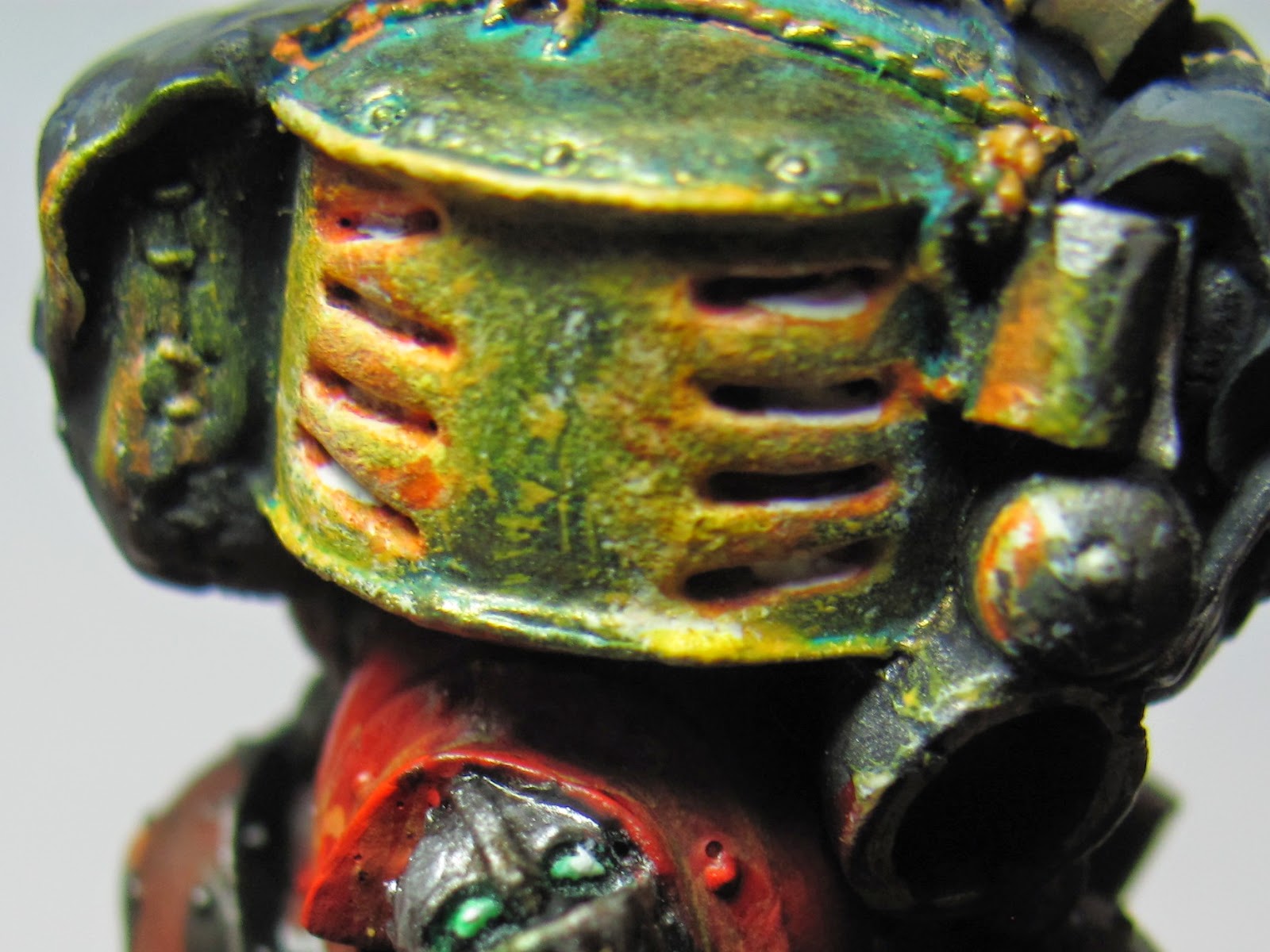 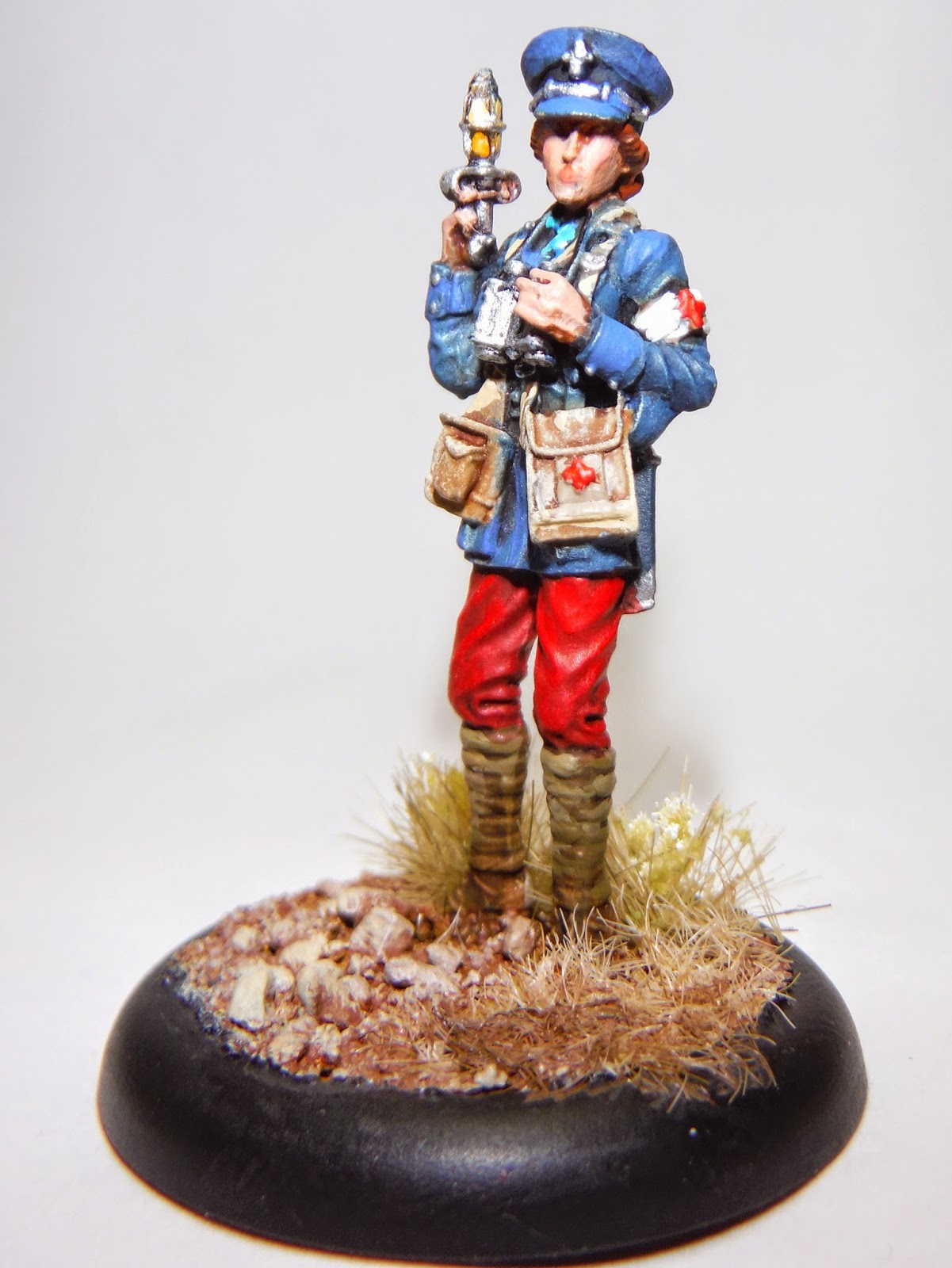 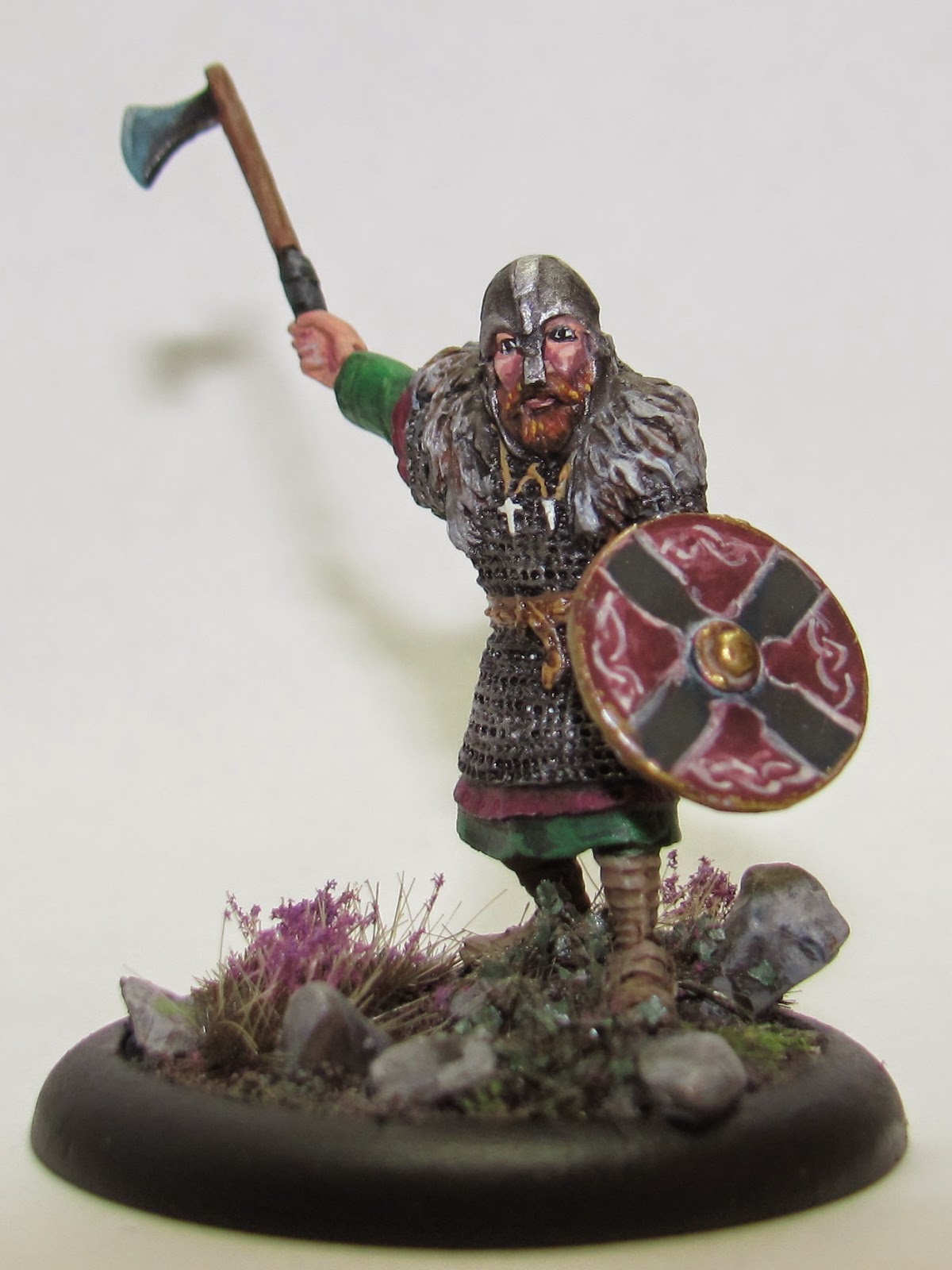 If you want to see the full selection of minis painted for this challenge, then all the posts are under the Colore Ton Monde tag below. Alternatively, click here.
Posted by Derek at 9:48 AM 2 comments: